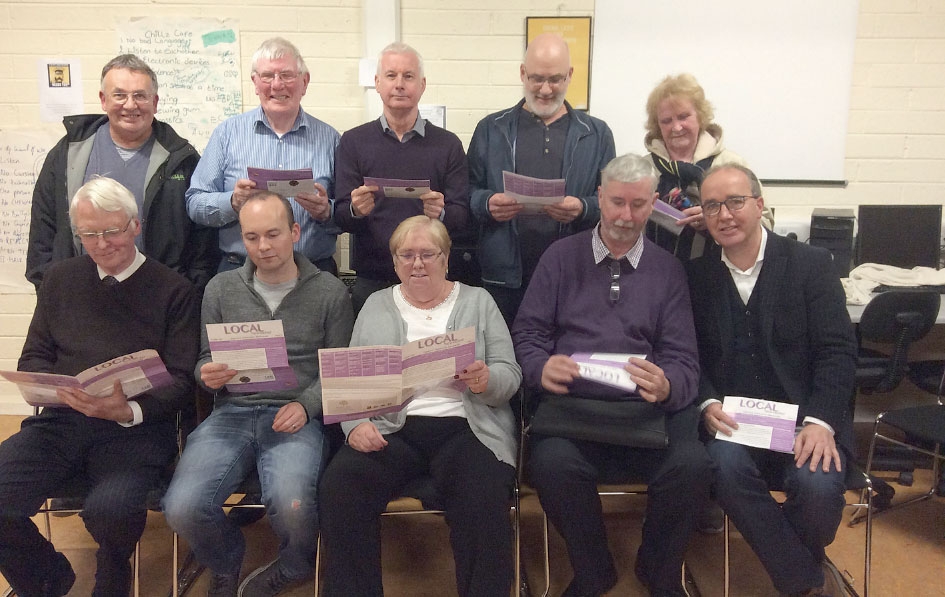 CLUBS, residents, politicians and community gardai met in Kilnamanagh on Tuesday to discuss problems in the neighbourhood, with the issue of the annual Halloween bonfire taking centre stage.

On November 1, Kilnamanagh AFC woke up to find that their juvenile training pitches were destroyed by fire after a night of vandalism.

Pictures posted by the club on Facebook show cans and broken bottles strewn across the field, tyre marks cutting through the grass, the remnants of a large bonfire and the exoskeleton of a burnt-out car.

At Monday’s meeting, residents detailed the mayhem surrounding the bonfire, which allegedly included drug-dealing and the sale of alcohol from a car.

According to the Kilnamanagh Residents Association and Neighbourhood Watch, residents were also using the bonfire to dispose of domestic waste.

A spokesperson for the residents association, who called the meeting, said that up to 100 people attended, including local politicians and TDs, which the residents were happy to interact with.

“Youths are removing sections from the wall that separates the estate from the M50 and using the anonymity of the trees on the other side to hide pallets and tyres for burning,” the spokesperson said.

According to the spokesperson, the bonfire is an annual occurrence, but the rise of social media amongst young people means that the word is getting out far and wide.

Residents said that youths from other areas of Tallaght and surrounding areas were travelling on the Luas to join in on the Halloween bonfire.

According to the residents association, there was a fear that ‘somebody could be killed’ due to the escalating nature of the bonfires.

Community groups including St Kevin’s/St Kilian’s GAA Club, Kilnamanagh AFC, St Kevin’s Resource Centre, and residents have committed to coming up with their own ideas as to how the green space should be utilised, and how to prevent further destruction to the estate.

“We held the meeting with the intention of forming a deputation to present to the council. We’ve been told that’s the best way to have something done,” said the spokesperson.

“Everyone has their own ideas so we can’t say for sure what we’ll recommend. We also have to be aware that some people are in favour of the bonfires.”

NEWER POSTBalrothery site goes on sale for a guide price of €1.5m
OLDER POSTMan found in possession of €95k worth of cocaine