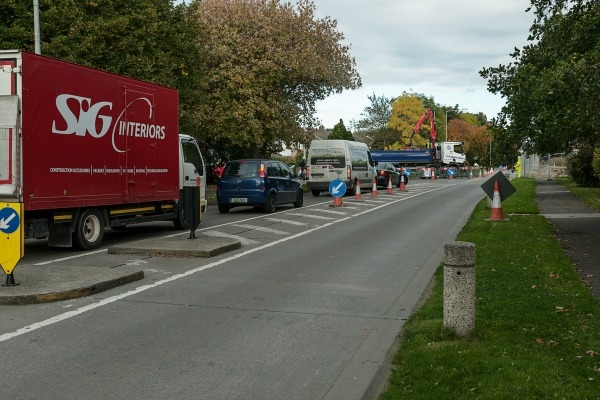 The development of what is being described as an emergency roadway out onto the Mayberry Road from the former Jacob’s site has raised concerns in the local community.

Residents of Kilnamanagh Estate have raised concerns about this as they have already put up with serious traffic delays for a number of weeks arising from works on the Mayberry Road.

Councillor Charlie O’Connor has asked Council Management to confirm contacts they have had with the developers of the Amazon site (the former Jacob’s site) in respect of works being undertaken.

He was responding to concerns from the local residents. According to Charlie O’Connor it is important that the council clarify the situation as he feels it is vital, that in the long term, that the community would welcome the investment in employment on a site that has remained derelict for a number of years.