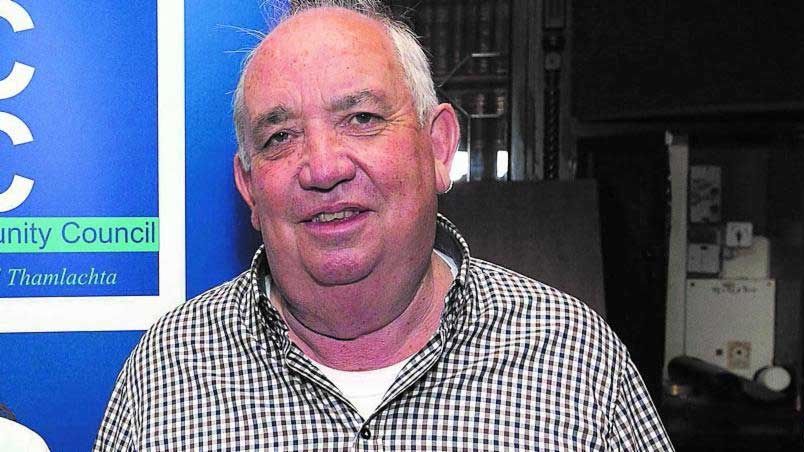 A JOBSTOWN man who was diagnosed with Chronic Obstructive Pulmonary Disease (COPD) – a disease which makes it hard to empty air out of your lungs and causes shortness of breath and tiredness – is fronting an awareness campaign for coping with the condition during the cold weather.

Nicky Coules (70), a retired plumber who served as People Before Profit councillor for Tallaght South from 2014 until he resigned in 2017 so he could better manage the condition, is a COPD ambassador for the ‘Stay Well This Winter, Live Every Breath’ campaign which was launched on Monday, January 14.

Nicky Coules urges people to take care and be aware

Mr Coules was diagnosed with the condition in 2011, after experiencing severe shortness of breath and recurrent lung infections.

“I got lung infections from time to time, and my lungs would tighten,” explained Mr Coules. “It would be impossible for me to cough up the mucus that had gathered in my lungs.”

Mr Coules described how one morning he had decided that he was going to have to go to either a GP or the hospital, as his breathing became so bad that he was unable to walk back upstairs to his bedroom.

“I knew there was something wrong, but I didn’t know the severity of it. I’d never even heard of COPD when I was diagnosed with it.”

The condition mainly affects smokers, irrespective of when they have quit smoking, as by the time of his diagnosis Mr Coules had been a non-smoker for over ten years.

Mr Coules received treatment after attending a consultant in Tallaght University Hospital and participating in pulmonary rehabilitation courses, and he also helped to set up the Tallaght COPD Support Group.

As the cold wintery weather looks set to continue, the ‘Stay Well This Winter, Live Every Breath’ campaign is reminding people who have respiratory conditions to pay particular attention to managing the impact the cold weather may have on them.

The campaign, which is funded by GSK with support from the Asthma Society of Ireland and COPD Support Ireland, is advising people with respiratory conditions to get the flu vaccine, and to reduce their risk of contracting illnesses by not being around people with colds or flu, and regularly washing their hands.

People with respiratory illnesses are also advised to ensure their house is warm, and to take exercise indoors in order to avoid going out in cold weather.

Mr Coules added: “Quite often people’s homes aren’t sufficiently warm and they end up getting ill.”

However, if people with COPD choose to go outside in cold weather, they should wrap a scarf around their nose and mouth as this will both heat and humidify the air, making breathing easier.

Those affected should also breathe through their nose in order to heat the air before it reaches their lungs, they should carry a reliever inhaler and also agree a self-management plan with a healthcare professional.

Mr Coules said: “There are a lot of people out there who are not aware that they have COPD, loads of people think they just have a cough or shortness of breath.

“They can get in touch with their doctor and get a test to see if they have it. You can do a lot for yourself and you can get professional help if you have it.”

For more information on living well with a respiratory illness this winter visit www.asthma.ie, www.copd.ie or www.ie.gsk.com.

The Tallaght COPD Support Group meets in Rua Red every Thursday at 11am, which gives people with the condition the opportunity to socialise with other people affected by COPD and to partake in guided exercise to help manage the condition.