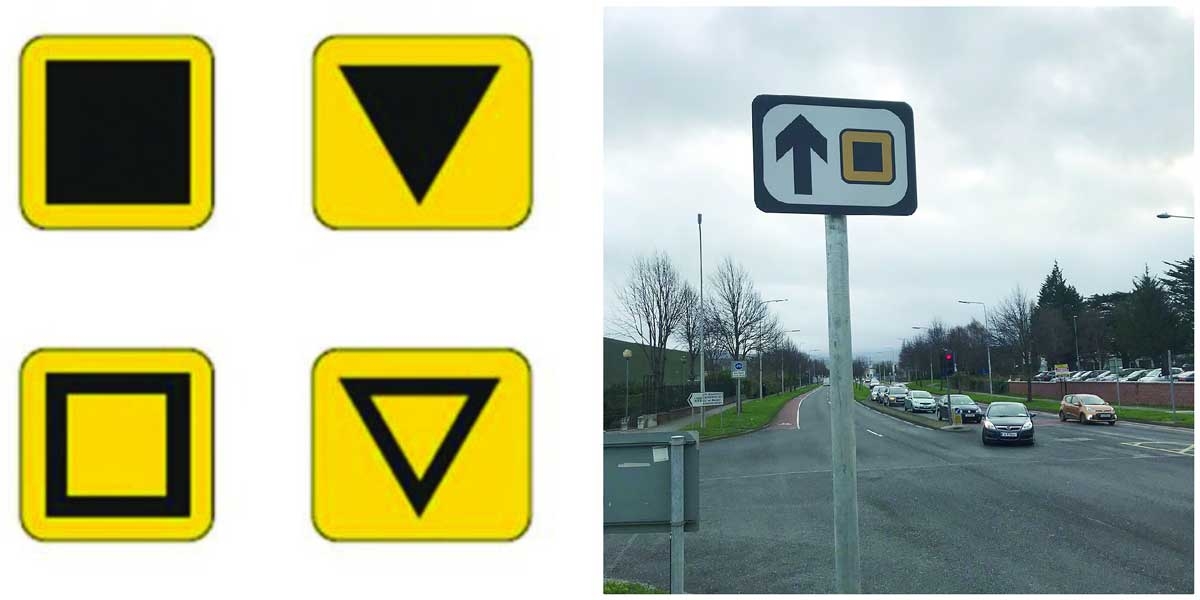 AS CONFUSION mounts around the introduction of new signs on the local road network, The Echo contacted Transport Infrastructure Ireland to confirm what the signs mean and how motorists use them.

A new sign system, made up of squares, circles, triangles and diamonds, has been introduced to the road network around the M50, with many motorists scratching their heads over what the symbols mean.

County Mayor Mark Ward raised the issue in council chambers, after he was contacted by baffled constituents.

“There is much confusion on what [these signs] are for and what the purpose of the signs are,” Mayor Ward said.

“The answer I got is that they are diverting traffic from the M50 in emergencies.

“However, I’d be critical that unless there is an awareness campaign motorists will not know what they are.”

While the cost of the signs did not come from South Dublin County Council’s budget, Mayor Ward questioned if the new sign system was the “best use of taxpayers money?”

According to Transport Infrastructure Ireland the new symbol system is for emergency diversion on the M50, and involves a co-ordinated approach between emergency services, An Garda Siochana, the four Dublin local authorities, TII and the Motorway Traffic Control Centre.

The system will only be used for major events or emergency closure of the M50, and will assist in “mitigating” the impact of a major incident but not “eliminate” time delays, according to TII.

Sean O’Neill, of Transport Infrastructure Ireland (TII), told The Echo: “These symbols apply to a major event or emergency closure of the M50, and will help motorists to bypass an incident that closes the M50.

“Motorists can ignore the signs until there is a major closure of the M50 and then the signs will become very relevant.”

The M50’s electronic signs will be used to inform drivers when diversions are in place, with each diversion route being indicated by a specific symbol which drivers will be directed to follow.

The system consists of eight symbols, each of which correlates to a specified diversion.

Alongside informing drivers through the motorway’s electronic signs, diversion routes in place will also be communicated through other mediums, such as radio bulletins.

“At this point gardai will take over and will divert traffic to get people around the closure, allowing for local access as well,” Mr O’Neill said.

“The [diversion] route will be managed by gardai.”

Mr O’Neill stressed that the signs are not intended as an alternative route on a day-to-day basis.

“If people think this is an alternative route during heaving traffic it won’t get you where you’re going any quicker as the route is not being managed,” he advised.

“The sole purpose [of these signs] is when a closure of the M50 takes place.

“Don’t use [the signs] on a day-to-day basis, it will just have a negative impact on the local road network.”

According to Mr O’Neill the sign system, which has only been used once in the last three years, is based on best practice and is in use in other countries.

The signs, which started to be introduced back in 2016, will not be used for smaller incidents or impact events – which can be supported by 24/7 crews along the M50 and the local road network.