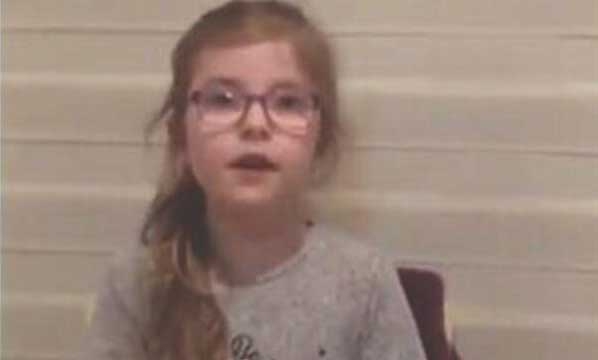 Emma sings for The Greatest Showman

A GIRL (7) from Lucan got the thrill of her life when she received a message from “The Greatest Showman” star Hugh Jackman via social media app twitter.

Emma Cooney is a huge fan of the musical which is based on the life of the legendary American entertainer and showman P.T. Barnum.

Emma is a big fan of the movie and her mother Jacqueline Cooney recorded a video of her daughter singing “A Million Dreams” from the movie/musical.

Jacqueline Cooney told The Echo: “The Greatest Showman is due to play in the 3Arena and all the tickets were sold out. She spent all Christmas singing the songs and Santa brought her a sing-along CD.”

Jacqueline hatched a plan to turn things around.

She said: “I said I’d record her singing a little song for him from the movie and send it to him and see would he see it.”

Jacqueline posted the video to Twitter, tagging Jackman and several of the people he follows on the social media platform.

It turned out that actor and Ray Donovan star Liev Schreiber, and one of Jackman’s childhood friends were the key to getting the Australian actor to watch Emma’s video.

Jacqueline said: “Hugh Jackman only follows about 14 people on Twitter so I thought if I tagged one of the people he follows he might see it. Liev Schreiber retweeted the video and so did a guy called Gus Worland who’s a DJ in Sydney who went to school with Hugh so I think that’s how Hugh saw my tweet.”

Jackman replied to Emma, tweeting: “I just want to say to your little girl, thank you so much for singing that song. Thanks so much for being a fan. And never stop dreaming. Remember, life is what you choose to make it so make it fantastic!”

Jackman by the miracle that is social media got Emma the tickets and she will be going to see the sold-out show of ‘The Greatest Showman’ in the 3Arena in May.