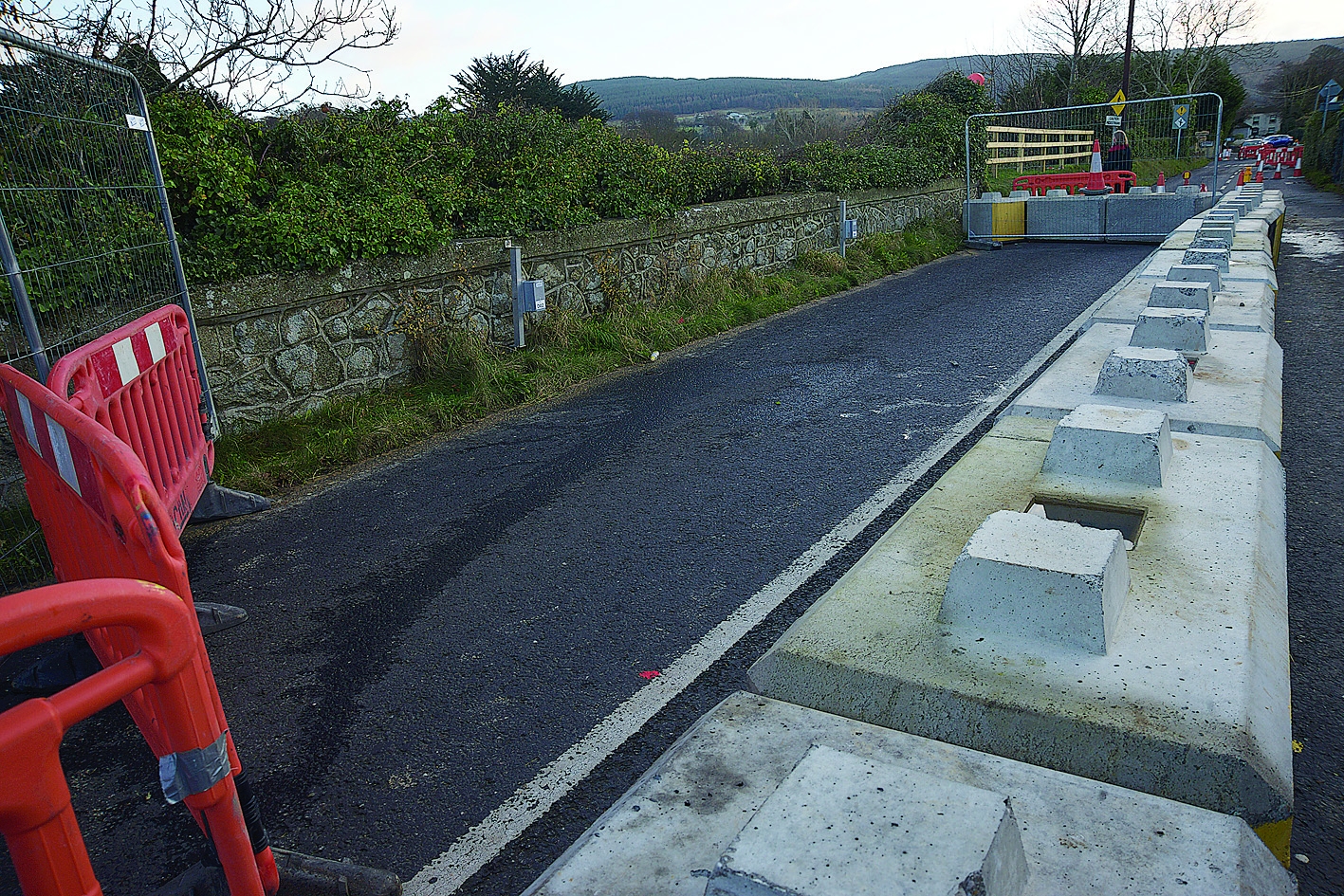 Cost to fix ‘catastrophic’ road problem could be €1m

THE Edmondstown Road is closed after unauthorised excavation work undertaken by a landowner destabilised the road – an “unprecedented and catastrophic” situation for the region that is causing major access issues for residents and local businesses.

A time-frame on its re-opening is not yet known due to the high level of work anticipated to reinstate the road, with The Echo understanding that works could cost South Dublin County Council in the region of €1 million.

The council, which was forced to close the Rathfarnham road to “protect the safety of road users”, is currently carrying out a detailed geotechnical survey, with tilt meters also installed – which will warn of any changes.

Locally, the road closure has caused massive inconvenience and frustration, with a meeting last week in The Merry Ploughboy attracting more than 120 people.

Rathfarnham councillor, Deirdre O’Donovan (Independ-ent) was present at the meeting and she told The Echo: “There was lots of anger, upset and frustration, especially frustration over the fact that the council can’t simply go in and fix it.

“South Dublin County Council is taking this so seriously, but this is an unprecedented and catastrophic event for the area.

“The excavation works completely disturbed the road and the council has to find a long-term solution to stabilise it.”

She added: “This is really impacting on local people and businesses and the council held a briefing with residents and councillors [on Wednesday] to try and support people as best they can.

“The council is doing everything it can to get the road re-opened, however, this is a major engineering and infrastructural project.

“If the council has to pick up the bill to get this work carried out, it will have to pursue the landowner, as this is taxpayers’ money.”

When contacted by The Echo, Laura Leonard of the Roads Department, confirmed that the structural issues relate to “unauthorised works under-taken”.

She said: “A level of assessment and investigation had been undertaken prior to the decision on the closure and since then more detailed geotechnical surveys have been underway to determine the material properties of the soils in the area and the geotechnical behaviour of the embankment.

“It is apparent that the stability of the embankment has been negatively impacted by the unauthorised excavation work undertaken.

“Tilt meters have been installed by the council on both the boundary wall at the top of the embankment as well as at the base of the excavations.

“These will record movements and provide a warning to the council if any changes occur.”

She added: “Enforcement proceedings are underway and it is the case that prior to enforcement there has been and continues to be engagement with engineers representing the land owner and a report is awaited from them on remedial works proposals.”

Ms Leonard was unable to give a time-frame for when the road will re-open but that the council’s intention is to “progress the matter as expeditiously as possible”.