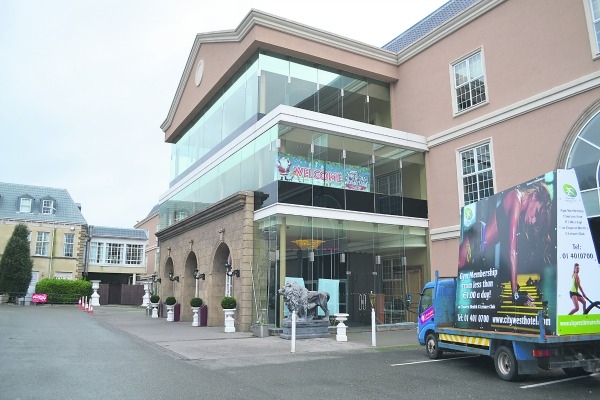 SOUTH DUBLIN County Council have requested further information from the Citywest Conference Centre in relation to the application to increase the capacity of the centre to hold public concerts. The application is part of a €15 million investment to upgrade the 774-bed hotel and conference centre.

The application seeks permission to increase the current capacity of the centre from its current limit of 4,161 patrons to 6,000 patrons – the original plans for the conference centre were for the higher capacity, which was decreased following a condition of permission granted from An Bord Pleanála in 2008.

It also seeks modifications to the existing overflow car park at the centre to accommodate 171 additional car-parking spaces and a taxi set-down area.

The current overflow car park was granted planning permission back in 2011 and has 347 car-parking spaces, nine bus-parking spaces and two bus set-down/pick-up spaces.

Improvement works to the junction at Garters Lane and Fortunestown Lane are also included within the development, along with landscaping and boundary treatment works above and below ground.

The application was submitted by Cape Wrath Hotel Ltd, a company created by Tetrarch Capital (formerly Brehon Capital), which purchased the Citywest Hotel and Conference Centre from receiver Martin Ferris at a price of €29 million in September 2014.

Cape Wrath recently announced plans to invest €100 million in the hospitality, leisure and accommodation market over the next two years and create a new division to operate and manage its properties in the sector, with Citywest Hotel general manager Glenn Valentine as director of operations.

As part of these plans, the Citywest Hotel and Conference Centre will undergo an 18-month renovation which is expected to cost between €12 million and €15 million.