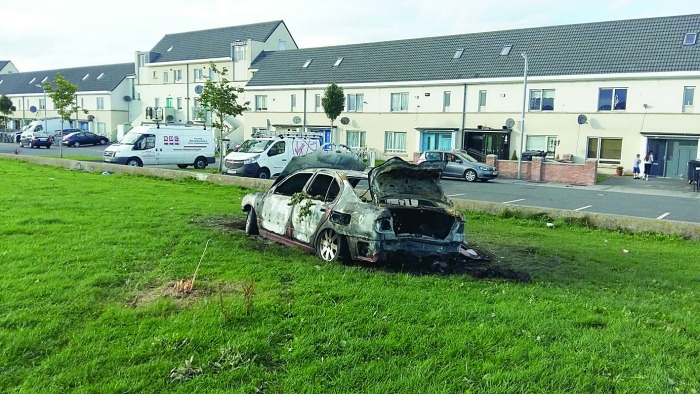 A FENCE is being erected on top of the low wall that surrounds Butler McGee Park, in an attempt to put the brakes on years of anti-social behaviour on the local pitches.

St Mark’s GAA Club has for a number of years been raising the issue of damage to its pitches, which, also used by local soccer clubs, are being continuously destroyed by scramblers, burnt-out cars, illegal dumping, fires and broken bottles.

One of the major issues for the club – which has been losing juvenile members due to the risks posed by the playing fields – is the lifting of cars over the small wall which surrounds Butler McGee park – and the joyriding and burning of these vehicles on the pitches.

In August, St Mark’s held a crisis meeting with Tallaght gardai and South Dublin County Council, with a commitment also given by the local authority to Tallaght councillors in September that requests for fencing would be examined.

This week, council management confirmed that it would erect a 1.2m high railing on top of 250m of wall along the park frontage at Drumcairn Parade to its junction at Drumcairn Avenue.

Teresa Walsh, Director of Environment, Water and Climate Change with the council, said: “It is evident that access is currently being gained to the park at Drumcairn Parade, part of the low stub wall has been vandalised and demolished here for this purpose, and it is proposed that this issue will be addressed now as a first phase.

“It is proposed that the stub wall will be repaired at this location and that a 1.2m high railing will be erected on top of the wall.”

“This area has had a lot of problems from cars being burnt out in the park damaging pitches for the GAA club and soccer club.”

Fianna Fáil councillor in Tallaght Central Charlie O’Connor, also said: “This decision by council management shows how important it is for the council and all the councillors to work together on behalf of the community.”

The council expected an order to be placed with a successful tender by the end of October.

NEWER POSTRapid-builds set to go on Old Bawn/Firhouse site
OLDER POSTREACH OUT: ‘There was so much love for Jason’