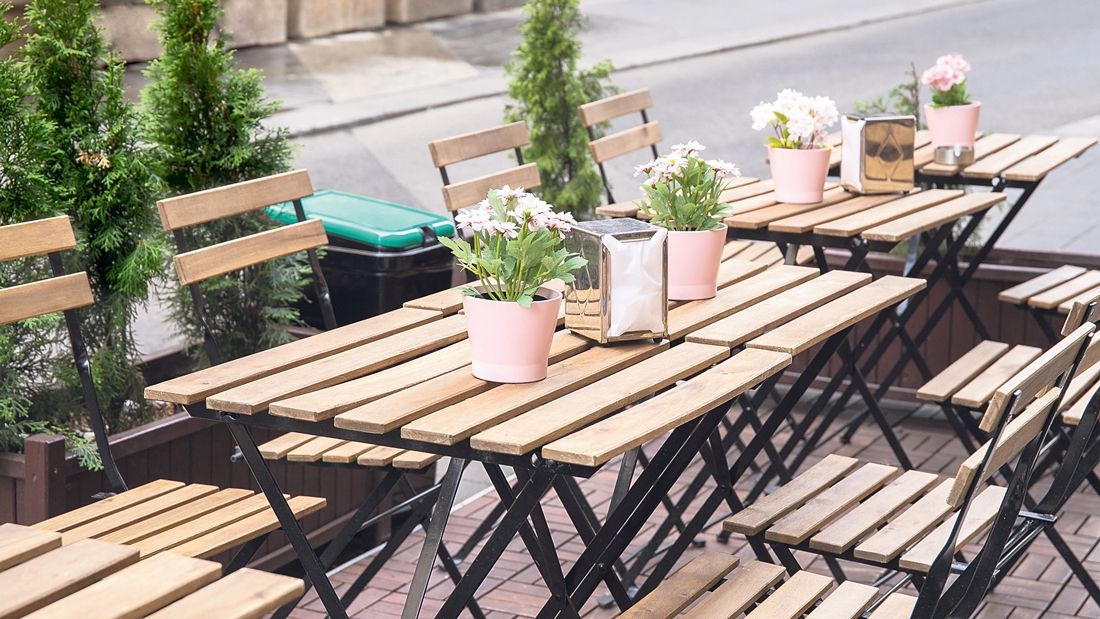 Council urged to relax their rules around street furniture

The Fianna Fáil spokesperson on Dublin has called on all four councils to relax their rules and allow cafes and restaurants to put tables and chairs on the space outside them.

Street furniture could become a common sight if rules are relaxed

According to Deputy Lahart: “I see Limerick city has started a trial allowing restaurants to provide street tables in a bid to help their business, which has been so badly affected by the Covid-19 restrictions.

“I believe Dublin should be following this example – all efforts have to be made to help our cafes, restaurants and small shops recover from this massive hit.

“I am calling on the four local authorities to relax their rules around street furniture and see how the initiative fares. “

He added: “We need to reduce, in as far is as possible, the number of people gathering at one time.

“The more outlets that are open, the greater variety people have and this should cut down on long queues at peak times.

“The addition of extra outdoor space would also help.

“We should also be looking at ways to stagger lunch and break times for workers to try and prevent large queues forming at certain times; this would also lessen the number of groups gathering at particular times.

“Councils could engage with major employers in their areas to see if they could implement such a policy.”