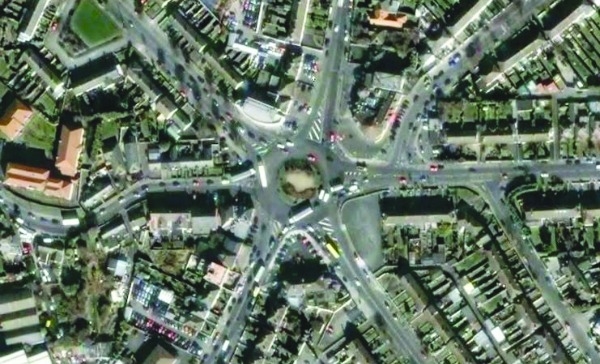 Councillors complain of being ‘frozen out’ of roundabout talks

FRUSTRATION continues over plans for changes set to take place at the Walkinstown roundabout, with proposed plans looking to see one of Dublin’s busiest roundabouts reduced from three lanes of traffic down to two.

Concerns are still being raised by local councillors and residents about the lack of public consultation on the proposed design and details on the impact the changes will have on traffic and safety.

As reported in The Echo last month, councillors in South Dublin County Council voiced their anger at being “frozen out” of a major study of proposals to improve the safety of the junction.

The Echo understands that as part of the plans, the number of traffic lanes will be reduced from three down to two with the entry and exit of the six roads leading onto the roundabout amended to control the speed of traffic – cycle lanes and improved pedestrian crossings will also be implemented as part of the plans.

Speaking to The Echo, independent councillor Dermot Looney said: “I was not particularly happy with the presentation, there’s still a lot of concerns relating to the proposal and we still don’t have detailed information on the proposals.

“Councillors have yet to see detailed reports on how the proposal would pan out. There has been no input by public representatives or members of the public.

“There’s merit in the proposals, but there’s a long way to go before it’s ready. This cannot be railroaded through.

“I’ve had it on the agenda for three years and we must get it right. We saw the mistakes that were made with the Spawell and the thousands of euro spent fixing the mistakes.

“At the meeting I asked about the impact the proposals could have on traffic, and I was told there could be up to a five per cent increase in waiting times for traffic trying to get onto the roundabout.

“Anyone who uses the roundabout knows the problems for pedestrians, cyclists and drivers, and everyone wants an outcome that improves traffic flow and sees safety improved for pedestrians and cyclists.”

Work on the roundabout is expected to begin in Summer 2016, with funding expected to be approved for the project under the 2016 sustainable Transport Measures Programme, which will be confirmed in early 2016.