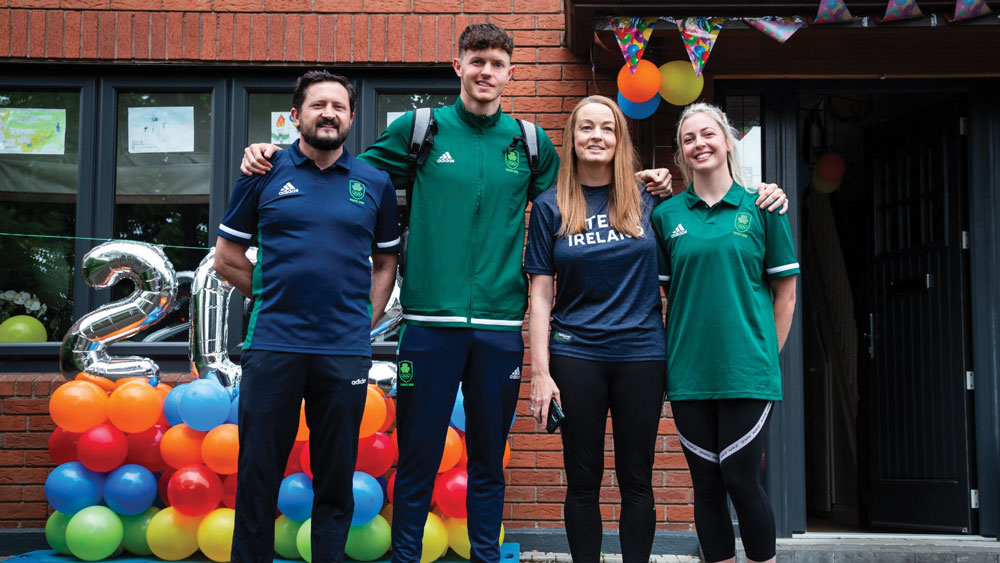 BRENDAN Hyland is still enjoying the sense of relief that has come with Olympic Games qualification.

The 26-year-old Knocklyon man flew out to Hamamatsu on Sunday as he continues preparation for competition in Tokyo later this month.

Hyland received a FINA ‘B’ invitation that came on the basis of the 200m Butterfly time of 1:56.55 he set at the World Championships in South Korea in 2019.

While that performance was fractionally outside the Olympic standard of 1:56.48, it was to prove enough to see him through two years later.

The invite was no more than he deserved after he and the rest of the Ireland Men’s 4x100m Medley Relay team had been left reeling last month when FINA announced they were rescinding their invitation to the Olympic Games in Tokyo.

Now with this invite, he will get the opportunity to not only compete in the Individual 200m Butterfly on July 26, but also with the Ireland Men’s 4x200m Freestyle team the following day.

“I’ve been on a rollercoaster and it’s been a long couple of months” Hyland told The Echo.

“It’s just a massive burden lifted. I’ve trained well, I’ve kind of missed a few peaks and there’s been little things we’ve got wrong, but I’ve made it over the line.

“I know my best is good enough so it’s about trying to find my best and produce a good result. I know it’s there and I’ve got a good holding camp and good prep and I just want to let it all sink in” he said.

Competing at the Olympics is a goal Hyland has harboured for the past 17 years since he was captivated by the competition when staged in Athens.

“That was 17 years ago. I had joined Tallaght Swimming Club when I was seven. I was doing the lessons and the coach said to my dad if I wanted to come over to the swimming club once a week, we’ll have him.

“But I remember just watching the Olympics and I was like ‘That’s the best thing I’ve ever seen’, and that just really kicked it off for me.

“I was just star struck and it’s mad to think that 17 years later, here we are” he smiled.