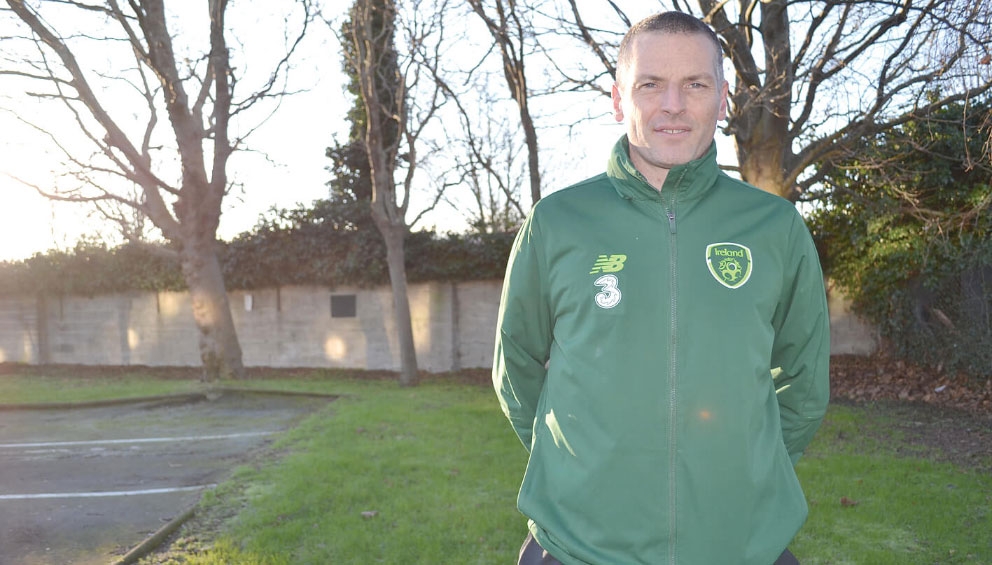 JIM CRAWFORD is relishing the prospect of working alongside fellow Tallaght man Stephen Kenny as part of the new Republic of Ireland Under 21 management team.

Stepping down as Ireland Under 18 Head Coach, Crawford, along with former Ireland international Keith Andrews, has been brought in as assistant coach to the Under 21 squad who will be gearing up for the start of their UEFA European Championship qualification campaign in March.

Speaking to The Echo, Crawford said “I’m looking forward to working with Stephen and also with Keith Andrews who was with me when I was with the Ireland Under 18s.

“I think Stephen has put together a really interesting management team with a very positive dynamic.

“Staff mirror the players and players mirror the staff. And when you have a good management team that is organised, the players respond to that and you can get the best out of them.

“I’ve seen a lot of the players that are coming through. I’ve been to a hell of a lot of games here and in the UK and would have a decent handle on a player’s ability.

“But that said, a player at Under 18 could be a different player by the time they get to Under 21 in terms of their standard, but I would have the basic knowledge of the player to give Stephen,” he said.

Crawford believes Kenny has all the ability and passion to see Ireland mount a serious challenge in what is a very tough European Under 21 qualification group.

Indeed, the boys-in-green, who kickstart their campaign against Luxembourg in Tallaght on March 24, will also be facing off against the likes of Italy, Sweden, Iceland and Armenia hoping to defy the odds and top the pool.

Runners-up with the best records against the teams first, third, fourth and fifth in their group will go into a play-off to determine the last Finals berth.

“When I was Under 18 Head Coach I would have bumped into Stephen [Kenny] at times and he would ask me about players and the teams we were playing against like the Netherlands and Belgium.

“What really impressed me about him was that he has a sincere and genuine interest in young players coming through and the style of football that teams around Europe play.

“He’s been a hugely successful manager. I played in the League of Ireland and I got to know him that way.

“I think he has got some serious potential. You just have to look at what he’s done not just at Dundalk, but with Longford, Derry and Dunfermline. It’s a phenomenal story.”

Crawford full appreciates the huge challenge Ireland Under 21s face in making the cut for the UEFA Finals but remains very positive.

“I can’t wait. I’m really looking forward to it. It’s a very tough group, but to be playing our games at home in Tallaght is just so exciting.

“Playing in Tallaght is going to be fantastic. We start against Luxembourg and that’s going to be a difficult game.

“We played against Luxembourg at Under 18 level and they were very organised. They were a lot more defensive than what I had expected. They get behind the ball and make it very hard so it won’t be easy.

Also, in June we’re going to be playing in the Toulon Tournament. That’s going to be a really challenging tournament. We’ll be testing ourselves against some serious opposition and that will only help in our preparation as we look to qualify.”

With Robbie Keane having also been named as assistant coach to Ireland senior team manager Mick McCarthy, there is a strong Tallaght presence in top Ireland international management, something that delights Crawford.

“I was at a management meeting recently and there was Robbie Keane from Fettercairn, me from Jobstown and Stephen from just across the way in Old Bawn.

“It’s great, and it just goes to show that if you work hard and put your mind to anything, you’ll reap the rewards.

“Even talking with Mick [McCarthy], Terry [Connor] and Robbie [Keane] there’s a real buzz about it all now and I’m relishing the challenge,” he said.