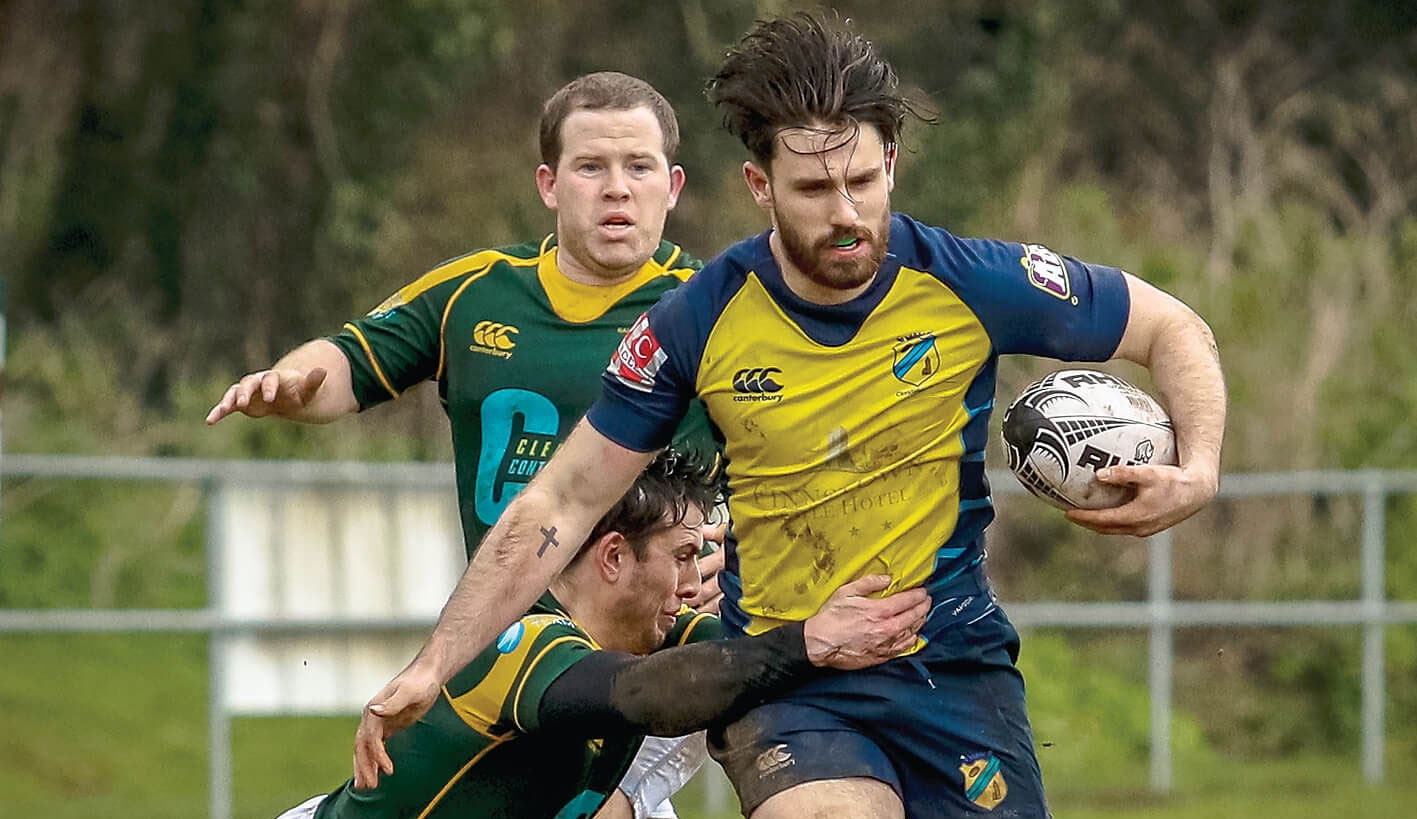 CLONDALKIN RFC firsts took a major step towards the Leinster League Division 2A title following a thrilling 21-22 point victory away to a strong Newbridge outfit at Rosetown on the same day their club’s seconds secured their own 2A crown against the Newbridge seconds.

Having lost out the Kildare side at home earlier in the season, Clondalkin firsts were always expecting a gruelling challenge in the return fixture and were forced to battle back from 21-12 down to clinch a win that keeps them joint top of the table with Cill Dara with just two matches remaining.

Matt Stapleton was in among the scorers for Clondalkin on Sunday

It was Clondalkin who drew first blood at the weekend, winger Ryan Maher managing to get his foot to the ball as he appeared to be spilling it and then winning the race to touch it down in the corner.

The conversion was missed, but the visitors managed to extend their lead ten minutes later when full back Matt Stapleton cut in and broke over the whitewash with Chris Jebb, this time, tagging on the extras to make it 12-0.

But Newbridge reduced their arrears before the break, when after a series of pick-and-goes, they made it over the line for a converted touchdown by Karl Darragh.

And they picked up in the second half right where they left off in the first, with a further two tries by Darragh and Rory McCann to put the homeside up 21 points to 12.

Clondalkin stepped up a gear in an effort to find a way back, and Stapleton looked to be in again only for his try to be ruled out on account of a forward pass.

Yet, they finally made the breakthrough on the 70th minute when scrum half Thomas Ankers dived over and Jebb converted to close the gap to two points.

They continued to push for another crucial score and it came when Newbridge were penalised for challenging off the feet, and Jebb duly punished from the resulting free after which Clondalkin weather-ed an onslaught by their hosts over the closing eight minutes to take the win.

With two games remain-ing against the struggling New Ross (February 16) and Railway (March 3), the Gordon Park side will be hoping to secure automatic promotion back to Division 1B just one season after they were relegated from that tier.

A return to 1B will see the seconds follow suit- just rewards given that they topped their respective table with two games to spare.

Tries from Bobby Smith, Stephen Cunningham and captain Kevin Dunphy helped them to a 27-25 victory over Newbridge in a game that should have been put to bed a lot sooner.

Indeed, the visitors were 27-13 up with just ten minutes remaining, but after a number of changes were made, they suddenly found themselves facing a nervous finish to the tie that they just about survived.