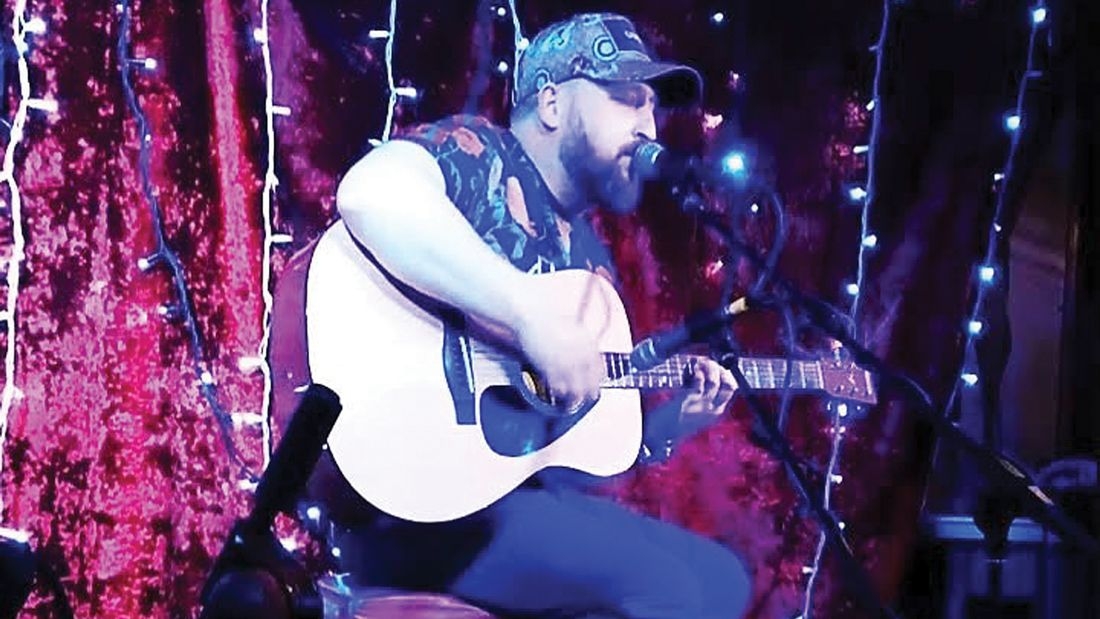 Sometimes the most difficult things that happen in life can become the greatest inspiration to create beautiful things. That is exactly what Tallaght native, Kenneth Usher, discovered after recent losses of friends and family.

A roofer, singer, songwriter and father, Kenneth’s biggest love in life is music and performing, apart from his daughter of course.

Since 2012, he has been writing music and performing in his band, but with all of the other things in his life, music was put more on the back burner.

However, after the recent and devastating loss of his best friend, Kenneth pushed himself back into music, with his new EP coming out at the end of March.

In an interview with The Echo, Kenneth said: “I find that when things get tough, music can really help.” He even wrote a song commemorating his friend titled ‘Never Said Goodbye’ which has become one of his most popular songs and will be on his upcoming EP.

Where are you from and what is your background in music?

I’m from Jobstown in Tallaght and I’m a singer songwriter. By day I am a roofer and by night a singer, but full-time I am a single father. I started writing music and singing in 2012 alongside Carl O’Reilly.

Eventually, I started a band called Carma and fell in love with performing live. It’s the most amazing feeling. There is no better feeling than when an audience sings your songs back to you. I have also been on the Voice of Ireland.

I write all of my own music. I have been trying to stay away from covers as I love to create my own music and tell my story through music.

Although I grew up in Tallaght, I spent some time on the streets and music has always been there for me. Music has been a huge part of my life and has shaped even my future. I find that when things get tough, music can really help.

That’s something I want to carry on with my daughter. I want to show her that you can achieve anything if you put in the work.

Kenneth on the Voice of Ireland

What was the process like for creating your EP and what was your inspiration for it?

Well, after the band split up, I started writing my own solo music. My EP is being recorded still, but will be released at the end of March.

I am really excited for the release and to be able to share my stories through my songs. The EP consists of four songs, including a song titled ‘Never Said Goodbye’. This song is in memory of my best friend who recently passed away, Mags O’Donohoe.

The most popular song on the EP is ‘Storms’. The other two are ‘I Told You a Thousand Times’ and one of my older tracks that has become one of the best songs ‘Diamond in the Rough’.

What has been your reaction to your recent rise in fans?

After the loss of many friends and family recently, I pushed myself back into my music. After playing a couple of shows at Minty’s Indie Club in the International Bar, my songs became more popular. After just one show, most of the regulars at Minty’s knew my songs. I put my first song that was on piano ‘Never Said Goodbye’ onto Facebook along with my latest track ‘Storms’. After I did that, I began seeing a huge increase of views and shares on my songs and those two are now my most popular ones. I want to say a huge ‘thank you’ to everyone who has supported me and my music all the way from when I was on The Voice of Ireland until now. It really means the world to me.

What is your advice to musicians who are just starting off their careers?

The biggest advice I can give to any musician starting off, or just trying to get their work out to people, is just to always be true to who you are and write from the heart. People will feel that true energy.

Also make sure you take time to enjoy the process. Probably the most important thing is to just make sure you are enjoying everything. The music scene in Dublin is amazing and full of very supportive musicians who are willing to help you out.

Get out and go play at open mics to build up your experience. The Dublin community is booming with super talented people, so just get out there and become a part of something special. You will not regret it.

Do you have any future projects underway?

Right now, I am working with a new band called the Penny Jelly’s. It is a three-piece, reggae band, where I am working with two amazing percussionists. Conor O’Gara and Spud O’Beirne are the guys. They are talented and I am excited to be working with them on this new venture in my life.

We just had a show last week on March 7 at The International Bar for an event called Sound Heads. Seven other talented artists and groups performed that night as well.

We have plenty of upcoming shows that we will be doing, so keep an eye out.