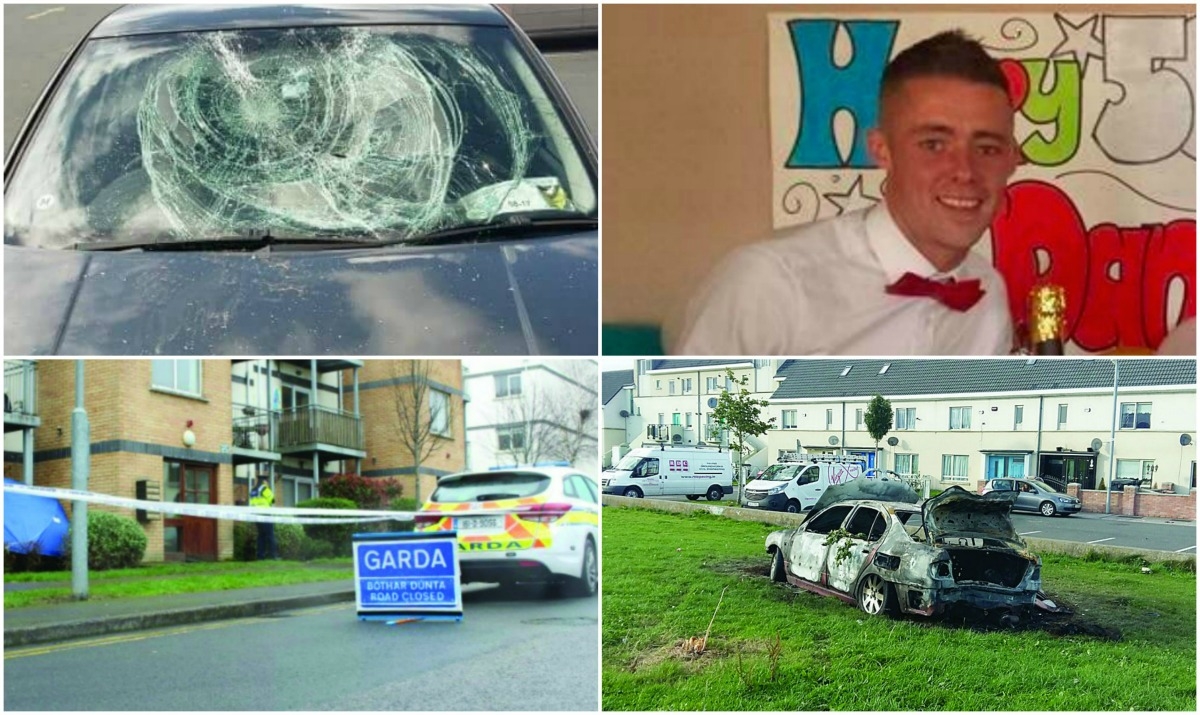 Crime Special: A sense of lawlessness on the streets of Tallaght

Since the start of the year, two young men tragically lost their lives in separate stabbing incidents in Tallaght – teenager Reece Cullen (17) lost his life after being fatally stabbed in Jobstown on January 5, and Graham McKeever (32) died due to stab wounds at an apartment on Deerpark Avenue on February 18.

On April 13, father-of-three Stephen Lynch (32), who had no links to criminality, lost his life after he was deliberately run over by a car on Brookview Close at 7pm in the evening.

Nobody has been charged in relation to any of the three deaths, with investigations ongoing.

In a separate incident last month, escalating feuds and disputes put families in danger after a car was rammed off the road by a gang of ‘masked’ men in Killinarden, with a male violently assaulted in front of children and parents on their way to school.

Elected representatives, community projects and residents have also been raising concerns around anti-social behaviour, with the Jobstown Community Centre last year forced to shut its doors early due to the intimidation of its visitors by teenagers.

The EuroSpar in Marlfield Mall, Kiltipper, also closed its doors indefinitely due to a “challenging local trading environment”, which residents claimed was down to constant anti-social behaviour by a small minority of young people.

There have also been reported increases in joyriding, burnt out cars, open-drug dealing, vandalism to public facilities, such as playgrounds and schools, mindless damage to parked vehicles and serious issues around intimidation – with the situation escalating as many residents chose not to take action or report incidents for fear of repercussion.

What we need to remember about these incidents is that they are carried out by a very small minority.

However, the actions of a few are having a massive impact on our communities, which are working hard to build and develop their areas through grassroot initiatives, volunteerism and a sense of dedication and loyalty to where they live.

Speaking with The Echo this week, Tallaght South Sinn Féin councillor Cathal King said: “Something needs to be done before this takes hold.

“There is a sense of lawlessness in communities and I think it boils down to a lack of respect among young people for their neighbours and community.

“These kids are fearless, they have no boundaries and believe that there are no repercussions to their actions.”

He added: “Ultimately, we need more engagement from parents, there’s young people across a number of estates and they’re just running amok . . . parents are part of the solution here.

“There was a great relationship with community gardai and communities a few years back, but that has fizzled away probably due to a lack of resources, which undid all of the good work done.

“Unfortunately for the gardai, their hands are tied when it comes to minors and I think this is an area that needs to be looked at.

“Anti-social behaviour comes in troughs and peaks, but communities have been hit with months and months of problems and it’s getting worse.

“Over the coming weeks there are meetings planned across a number of estates to try and address some of the issues.”

NEWER POSTCrime Special: ‘Do you want to live in a kip or a community?’
OLDER POSTCRIME SPECIAL: Number of Gardai for the population doesn’t add up