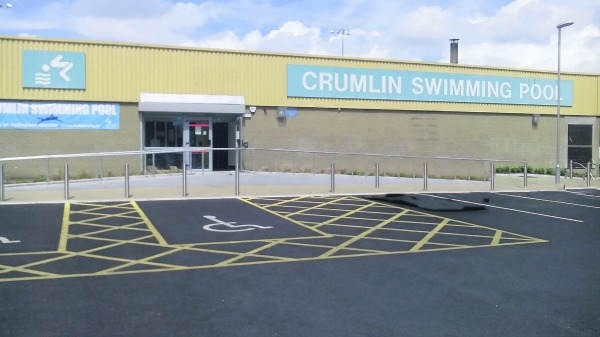 Crumlin swimming pool could be closed all summer due to leak

A leak in the Crumlin swimming pool means it could be closed for at least two months according to a local councillor.

The pool in Pearse Park was discovered to be losing large quantities of water, according to Dublin City Council (DCC).

While testing will last for nine days, according to Sinn Fein Councillor Ray McHugh, the pool will be closed until September.

He said: “They’re going to investigate the matter for nine days, but it won’t be open until September when the schools are back in.”

The Crumlin swimming pool was previously only used for local schools and sports clubs, but following complaints from locals about a lack of public opening hours, the council secured €45,000 last year to open the swimming pool to the public on Saturdays.

Mr McHugh said: “We had just recently secured €5,000 for a promotional campaign about the new opening hours.”

Mr McHugh went on to say that he believed the leak originated from pipes under the swimming pool rather than the tiles.

Councillor Pat Dunne posted an email he received from DCC on Facebook, where the council said they would ascertain the costs of the repairs after carrying out tests.

The Council confirmed that the pool has a leak and it would be closed from today (Monday) to commence a series of tests.

DCC said: “Once this testing is complete, we will be able to determine a timeframe and costing in relation to the works required.”

The council’s engineers will perform an ‘ultrasonic analysis’ to determine the quantities of water being lost and what rate. They will also perform a dye test to see if the water was being lost from the swimming and a pressure test on the pool’s pipework.