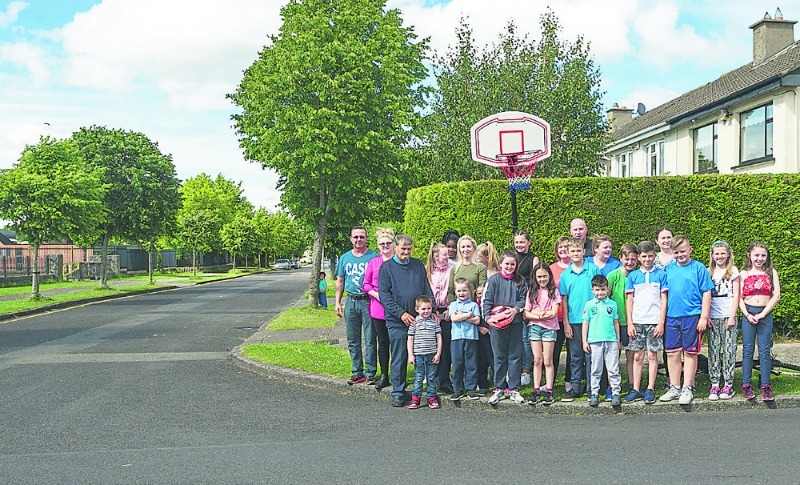 ‘My son was nearly killed’ on busy road in Tallaght estate

PARENTS fear their children could be fatally injured in a car accident – unless speed-calming measures are implemented at a corner junction in a Tallaght estate.

A group of residents gathered near the corner at Carrigmore Road and Heatherview Lawn, in Aylesbury on Tuesday, to highlight what they say, is a long overdue need for speed ramps.

“My kids have now grown up, but there is huge concern for the younger kids on the road,” said Mr Loughney.

“The road is used as a rat-run, and it’s very busy when parents are dropping off kids at the local school, for classes at night, and particularly dangerous in winter time.”

“We have been fighting this for years, contacted all our local politicians, but we’ve got absolutely no support,” said Ms Pujolas.

“My son was nearly killed. He was out playing and a car missed him by millimeters. Luckily the girl in the car beeped and was only going 35 km/h, but other drivers go faster. You can’t keep kids in all the time during the Summer.”

She continued: “It is on a ring road, around the corner from St Martin De Porres National School. The council put ramps on Heatherview Drive recently, and they have made a difference, but we didn’t get any. All we are looking for is two ramps, one of each side. It is only a matter of time before there is a serious accident.”

The Echo contacted South Dublin County Council and are awaiting a reply.