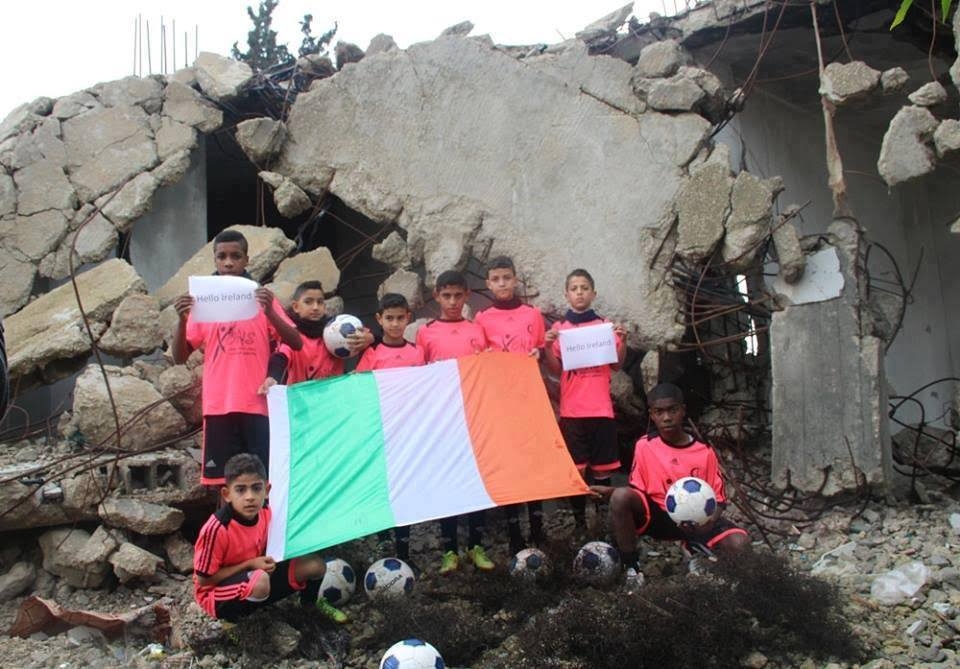 A group of young football players from Palestine will visit Tallaght this summer to meet the Shamrock Rovers football team.

Gaza Kids to Tallaght is an organisation that fundraises for 20 football players from the Al Helal Football Academy in Gaza.

Gaza is a self-governing Palestinian territory in the Middle East that has seen conflict and war with Israel since the mid-20th century.

The initiative, set up by Gaza Action Ireland, is in its second year. GAI is asking fans to sponsor a child’s 10-day visit for €50.

Writing on Facebook, the GAI said last year’s trip was ‘an uplifting and joyful experience’.

The NGO commented on the current political situation in Gaza, which has seen Israel cut the power supply of Palestinians in Gaza.

They said: “The Gaza Strip is now experiencing an energy disaster, with its already inadequate supply of three to four hours per day of electrical supply being cut by 45 to 60 minutes per day.

“After a decade under Israeli siege, these cuts are wreaking havoc on Gaza’s already stretched healthcare sector. There has been an increase in chronic malnutrition and mental-health issues among the residents, all with dwindling medical supplies to treat them.”

The 20 under 15s will visit and play football in Dublin, Cork, Limerick, Galway and Leitrim.

The sponsorship will cover the child’s VIP treatment when they arrive at Tallaght Stadium on Friday, August 4th.

Each sponsor will have a meet and greet with the child they sponsor when they arrive at the Rovers’ match against Derry.

Sponsors will make a presentation of a Shamrock Rovers FC tracksuit to the Gaza Kid they sponsor. They will be photographed by club photographer George Kelly, and photos will be posted on social media.

Sponsorship money will be collected this Thursday in Tallaght Stadium when Rovers play against Icelandic team Stjarnan for the last leg of their European tie.

For more information, you can visit HERE.