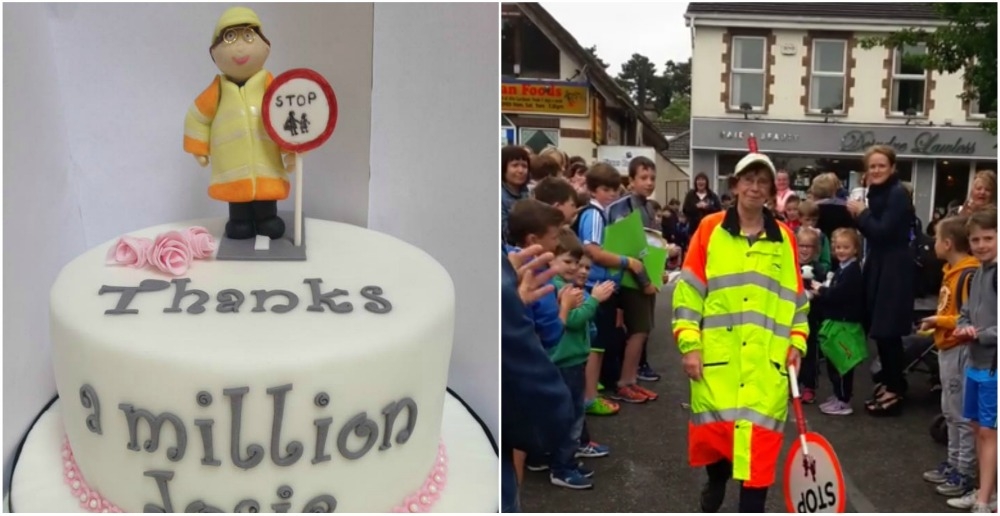 A Lucan school said farewell to their lollipop lady after 17 years on Friday, with a video of her final day going viral.

Josie Brennan received the heart-warming goodbye, with pupils, parents and staff from St Mary’s BNS giving her a round of applause on her last day of work before she retired.

In a video posted on the school’s Facebook page, Josie was visibly emotional as she received a thunderous applause and hugs from people lined down Chapel Hill.

Writing on Facebook, the school said: “The most loved lollipop lady in Ireland retires today. Josie would like to thank all the boys, parents and staff for all the kind wishes and love shown to her. She has kept our boys safe for the last 17 years. Best wishes in your retirement Josie.”

Speaking briefly to the Echo.ie, Josie said the send off was ‘totally unexpected’ and didn’t  understand the media attention she’s received in the past few days.

She said: “I just love doing my job. I’m going to miss it big time.”

She said: “She’s just such an important part of everybody’s day.

“She’s doing an important job and watching the kids, but she’d always have time to say hello and have a little chat with everyone while doing her job.”

Catherine Kelly is a special needs assistant at St Mary’s and close friend of Josie’s. She explained why Josie is so beloved. She said: “I’ve been working at the school for 13 years and I never once saw her have a sick day. She was there rain, hail or shine.”

“I kid you not when I say that Josie knew every single child’s name. She formed great relationships with students, parents, childminders.”