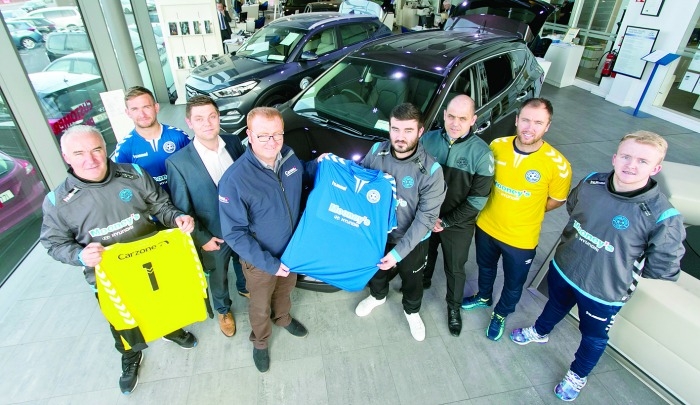 Mooney’s Hyundai, a family-owned car dealership on the Long Mile Road in Dublin, has roots with the club, with many employees associated with the Crumlin Utd. team.

This long-standing relationship was the basis for the dealership choosing the team for the Carzone sponsorship.

Crumlin Utd have over 600 people involved within the club, including volunteers, staff and players from junior to senior level.

Mark Mooney, of Mooney’s, said: “I would like to thank Carzone for recognising local sports clubs and their requirements and helping us to be part of Crumlin Utd’s sponsors.

“As it is a local club, many of our staff and customers will benefit from this new association. We look forward to seeing the new kits in action and wish the team best of luck.”

Martin Loughran, Crumlin Utd team manager and club secretary, said: “On behalf of Crumlin Utd, I would like to thank Carzone and Mooney’s Hyundai for their generous sponsorship.

“It is gratefully appreciated, as without the help of businesses in the community it would not be possible for sports clubs to provide much-needed equipment and facilities.”