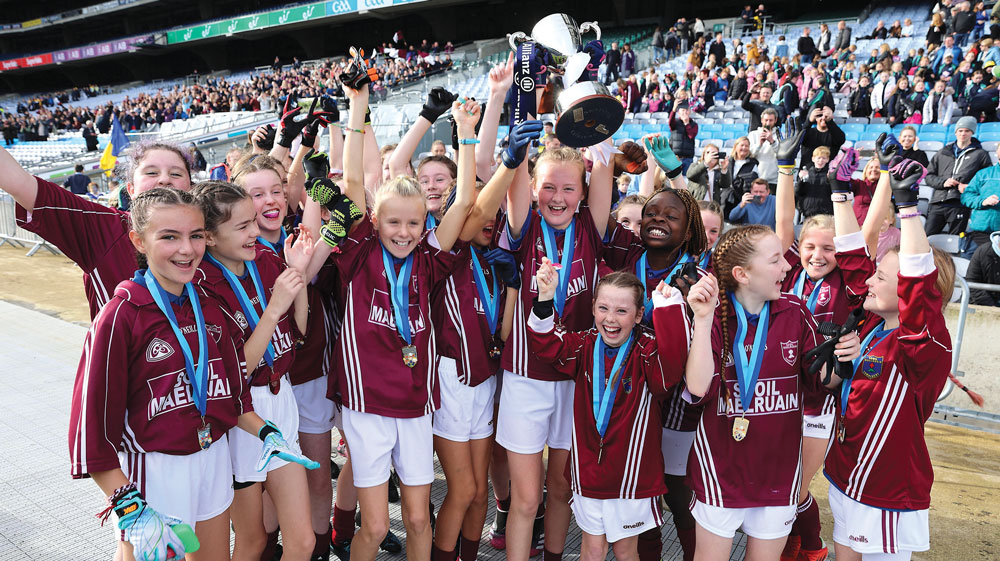 SCOIL Maelruain SNS, Old Bawn turned on the style at Croke Park last Thursday to overcome the challenge of close neighbours St Kevin’s GNS, Kilnamanagh on a scoreline of 6-4 to 2-5 in the Corn Sean Mac An Breithimh primary school girls football decider.

These two sides are separated by just under two miles on the south side of Dublin, meaning that there were local bragging rights up for grabs as well as the competition’s much-coveted silverware.

Maelruain’s showed great intent during the early exchanges and got their just reward when a ’45’ from Kate Hoey drifted into the net.

Kilnamanagh’s Keeva O’Reilly raised a green flag with a similar set-piece effort, but this only provided them with a temporary respite.

Their maroon and white counterparts were keeping a tight rein in defence thanks to the likes of Brooke Fowler and Daniella Ogbonna, and were also displaying their proficiency in attack. 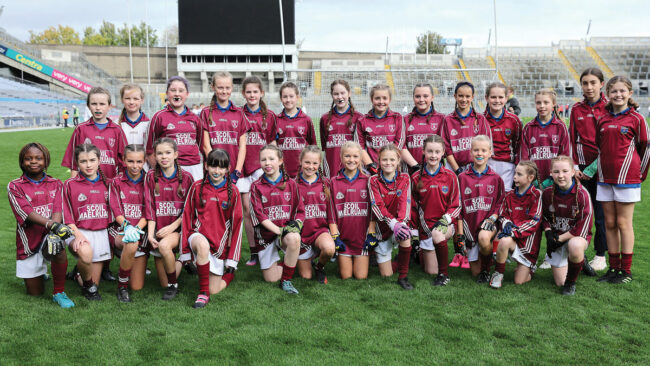 Lorna Dunne was a lively presence throughout and she proceeded to claim Maelruain’s second goal of the game.

Hannah O’Connor was exerting a strong influence around the middle-third and when the halt-time whistle was sounded, the Old Bawn side found themselves in a 2-3 to 1-1 lead. 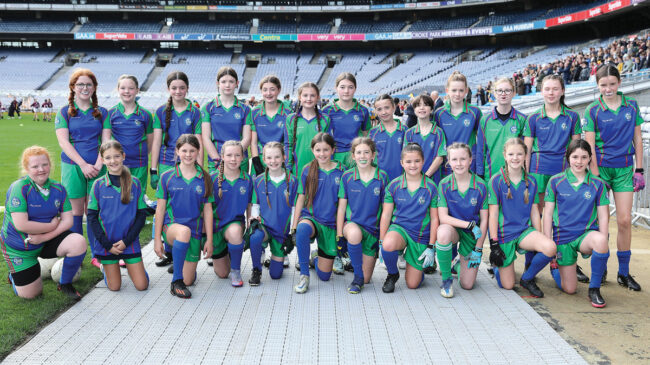 St Kevin’s were not out of the reckoning just yet, however, and O’Reilly was desperately unfortunate to see her ferocious shot rebounding off the crossbar in the second half.

Ciara McGuire did raise a green flag for the Kilnamanagh girls, though, helping her to finish on a personal tally of 1-1 alongside O’Reilly. 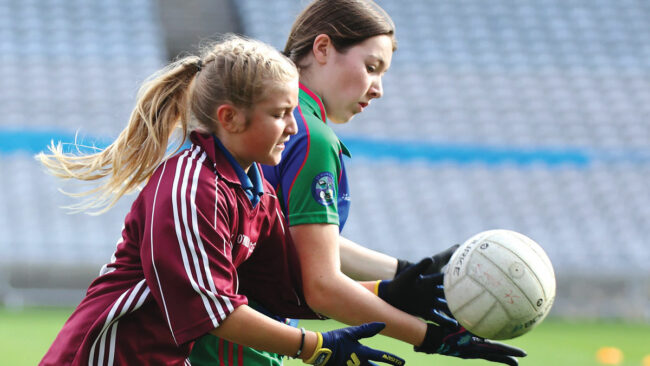 Action from the Final

Still, it was always going to be difficult to halt the progress of Maelruain, especially with them creating clear-cut opportunities on a regular basis.

To cap an excellent performance, Hannah O’Connor registered a brace of goals to supplement the two points she amassed over the course of the action.

Sophie Smith and Sarah Kate O’Connor also came away with three-pointers to ensure Maelruáin eased themselves towards a convincing victory.