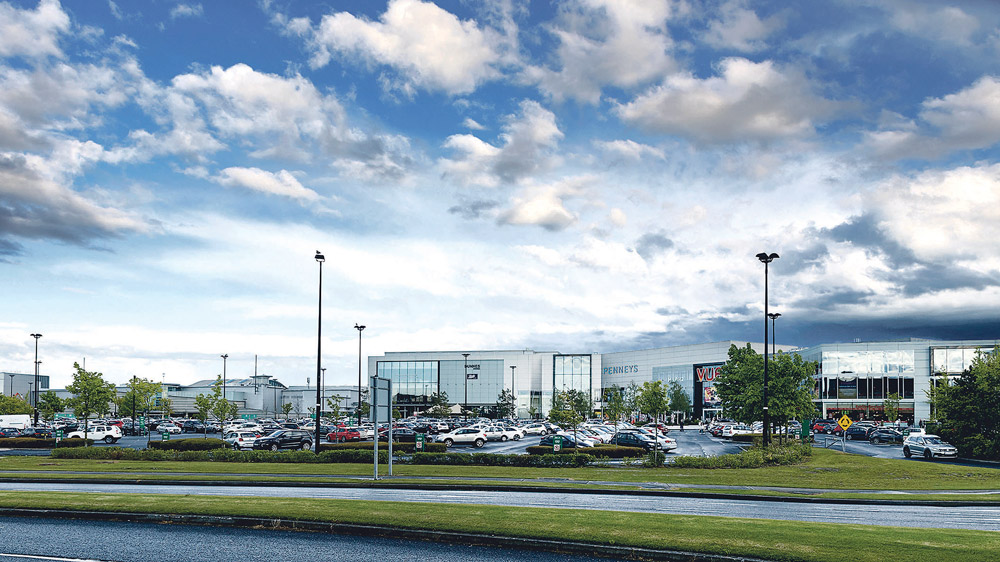 Liffey Valley Shopping Centre, the scene of the incident

Youth who drove vehicle at pedestrians gets 6 months jail

A young man who drove his car at a number of pedestrians outside a Dublin shopping centre complex has been jailed for six months, by Isabel Hayes.

Joel Omokhudu (19) was in a “temper” after being ejected from Liffey Valley shopping centre when he decided to drive his car at speed in a pedestrian area, narrowly missing a number of Christmas shoppers, including children, Judge Martin Nolan said on Tuesday.

Dublin Circuit Criminal Court heard that some of those present believed a terrorist attack was taking place, with the car at one point becoming airborne as it mounted a flower bed.

Omokhudu, of Hazel Grove, Portrane Road, Donabate, pleaded guilty to one count of endangerment at the shopping centre in Clondalkin on December 8, 2020.

He also pleaded guilty to two counts of dangerous driving, one count of driving without insurance and one count of criminal damage to a concrete seating area and a flower bed.

The court heard that at the time, the shopping centre was busy with Christmas shoppers following a relaxation in Covid restrictions. Video footage of the incident was played in court.

Garda Alexander Hudson told Fiona Crawford BL, prosecuting, that on the day in question, Omokhudu was escorted out of the shopping centre along with a group of other people after a row broke out in Nando’s restaurant.

Omokhudu then went to his car and started driving erratically around the car park, the court heard. He mounted the pedestrian area outside the shopping centre, narrowly missing a woman who was with her daughters, aged 8 and 14, and a number of security guards who were at the scene.

Omokhudu then reversed the car into a flower bed, nearly hitting a security guard who came into contact with the car with his outstretched arms. He then took off towards a nearby retail park, where he parked his car outside B&Q and left the scene.

Omokhudu was arrested close by a short time later. He made no admissions to gardaí but DNA from a pair of earphones he left in the car was linked to him. No one was injured in the incident.

He has previous convictions from the Children’s Court, including assault.

Garrett McCormack BL, defending, handed in a psychological report and a Probation Services report to the court. He acknowledged Omokhudu had engaged in “extremely reckless behaviour” and there was no excuse for it.

He asked Judge Nolan to take into account a number of mitigating factors including his youth, early guilty pleas and lack of criminal convictions since this incident.

Sentencing him, Judge Nolan said Omokhudu got into his car and “out of temper” drove it into the pedestrian area outside the shopping centre, causing “great apprehension”.

He noted Omokhudu endangered a number of people, including children. He handed down an 18-month sentence but suspended the final year on a number of conditions.

He disqualified him from driving for four years.