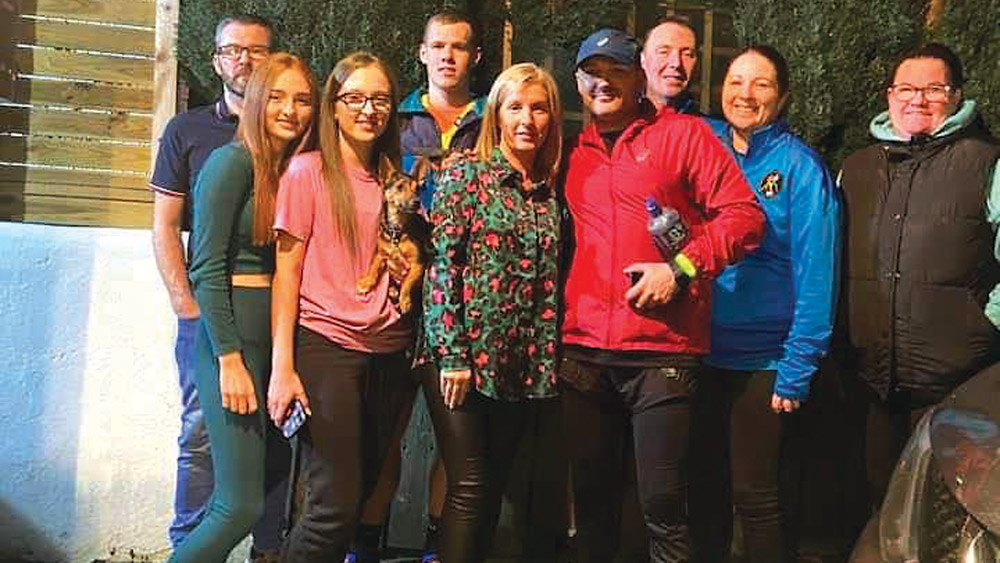 LONG-DISTANCE runner Mark Conlon pounded the pavement on Sunday when he covered a two-and-a-half-marathon distance to fundraise for a local man who was paralysed in an accident.

Mark completed the Dublin City Marathon on Sunday morning, then walked from the city centre to Clondalkin, and completed two more laps around Clondalkin, Lucan and parts of Tallaght.

Overall, he ran 106 kms after setting off from the Dublin City Marathon starting line at 9.15am on Sunday and completing his challenge at 1.30am the following morning in Clondalkin.

Mark, who trains with Bawnogue Running Club, took on the mammoth challenge to raise funds for 24-year-old Clondalkin native Eoghan Gorman – he raised over €5,000 for the young man.

Eoghan, who is from Greenpark, suffered a life-changing injury in the Dublin Mountains in October last year, when he came off his bike coming down a trail.

The young man, who is a past pupil of Sacred Heart School in Sruleen and Holy Family Community School in Rathcoole, fractured his C3 vertebrae on his spine – which is one of the most severe spinal-cord injuries a person can sustain.

Unable to breathe independently, he was placed on a ventilator. In recent months, Eoghan has been able to come off the ventilator and is able to breathe unassisted but is paralysed from the neck down.

A team of friends of the Gorman family set up a campaign earlier this year, called Fight with Eoghan, to raise funds for when Eoghan leaves the rehab centre so he can get an adapted house to accommodate his needs. 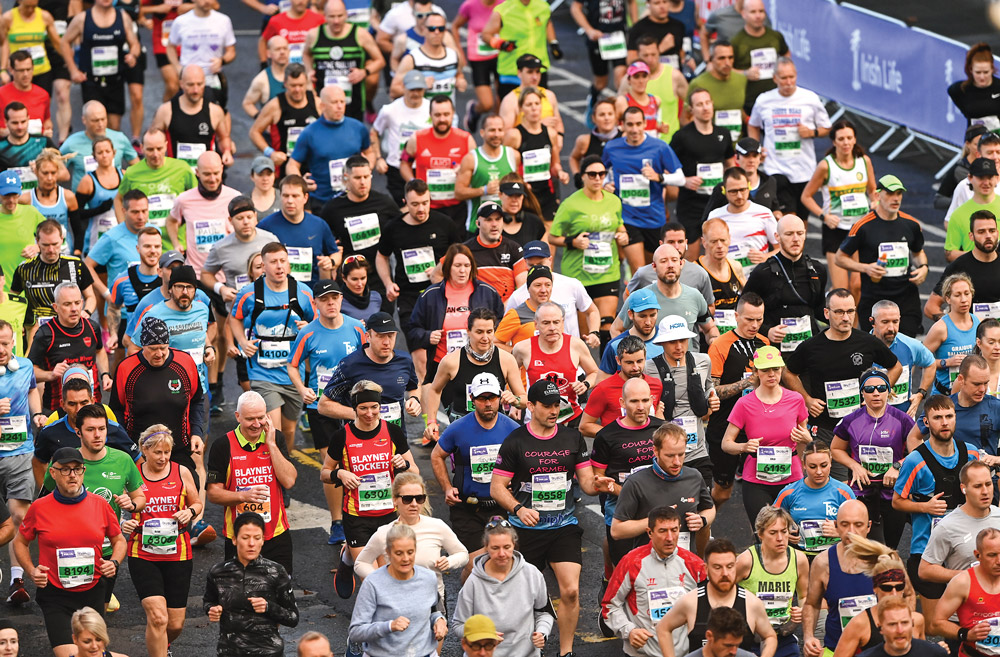 The Gorman family are planning to move into Eoghan’s grandmother’s house in Rathcoole, as it is larger than the family’s Clondalkin home and would be a more suitable property to adapt for him.

Mark was keen to help, as he has completed long-distance runs for many charitable causes over the years, and despite a rocky start, he defiantly carried on and completed his marathon challenge.

“I struggled from mile four to mile 15 or 16 with the cold and the rain, and then an old injury was playing up,” he told The Echo.

“But after that, I got into it more and the crowd cheering got me into it.”

After he crossed the Dublin City Marathon finish line, Mark was given two goodie bags and two medals – one for him and one for Eoghan.

He then carried the items with him while he walked from town to Clondalkin, and after dropping them off, he took off running again, doing another marathon length through the area.

“Sean Morrissey, who is Eoghan’s best friend and was with him when he had the accident, was amazing,” said Mark.

“He ran 77k with me through the evening and the night. Jay Morris, Michelle Morris, Vanessa Ryan, Sage Morrissey, Elaine Hyland, Mia Ryan and Mackenzie Morris supported me all through the night as well.”

Mark completed his challenge at 1.30am on Monday morning, and while talking to The Echo on Tuesday morning he explained that he was exhausted but proud of his achievement.

“I was in shock afterwards,” he said. “My whole body was aching, I was shattered.

“My whole mission at the start of this, after talking to Eoghan, was to take the stress off him. I want to see Eoghan and his girlfriend, Saoirse, in a house one day where he’ll have 24-hour care.

“He’s the most positive person you could ever meet, and it’s just amazing how he is with everything, and obviously I want to keep helping him.

“I’m still a bit sore and tired, but I just wanted to help Eoghan.”

Donations to the Fight with Eoghan campaign can be made HERE.

This event also marks the last ultra-marathon fundraiser that Mark will run, after 15 years of taking on mammoth running challenges for good causes.