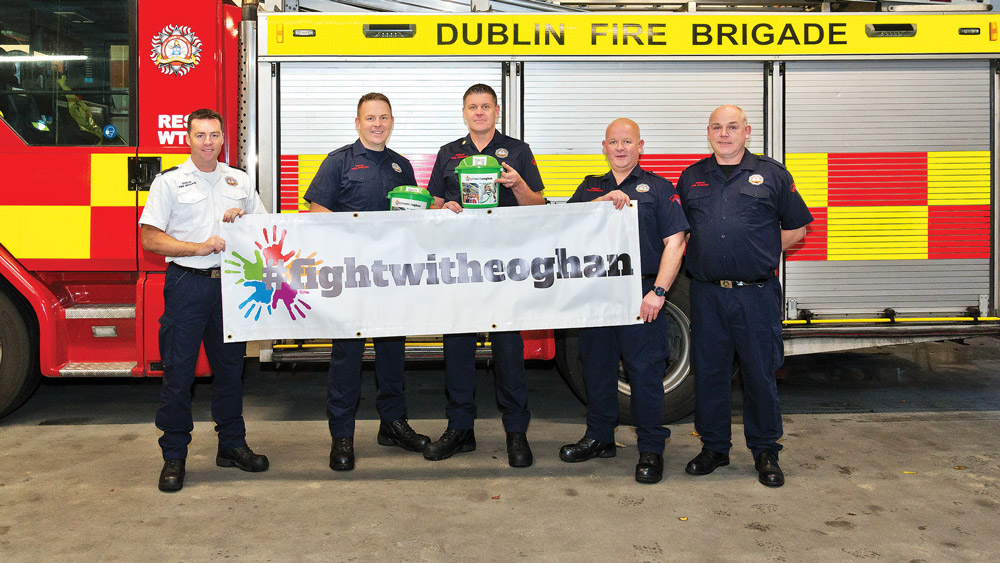 A TEAM of 14 local firefighters will hold a bucket collection in the Centre Mall of the Square Shopping Centre this Saturday, November 5, to raise funds for Eoghan Gorman.

The collection will be on all day, from 9am to 6pm, and will feature an appearance from Batman alongside firefighters from Tallaght Fire Station.

Firefighter Derek Riordan, who has been based in Tallaght Fire Station for the last three years and worked in Nutgrove Fire Station before transferring, is one of the event organisers.

Derek, who added that the fundraiser is a collaboration between Dublin Fire Brigade and the Square, told The Echo: “We had heard about Eoghan’s story when his accident happened, even though Dublin Fire Brigade staff weren’t involved in a professional capacity.

“Then we heard about his fundraiser. We’ve done fundraisers before in the Square for Aoibheann’s Pink Tie and the Gavin Glynn Foundation, but it’s been a while since we’ve done one.”

Derek and his colleagues were moved by Eoghan’s story, and his determination in challenging circumstances, and wanted to help with the young man’s fundraising efforts.

Eoghan and his family recently met Derek to get to know each other and discuss Derek’s plans for a fundraiser.

Derek said: “We had a good chat, and they’re such a lovely, down-to-earth family – and Eoghan was no different, he’s a lovely lad with a very positive outlook.”

There’s also positivity surrounding the fundraiser in the Square this weekend, and Derek is encouraging shoppers to donate what they can to help Eoghan.

“We’re going to be there all day,” he said. “We hope to raise as much as possible to go towards Eoghan’s care and adaptations to his home.”