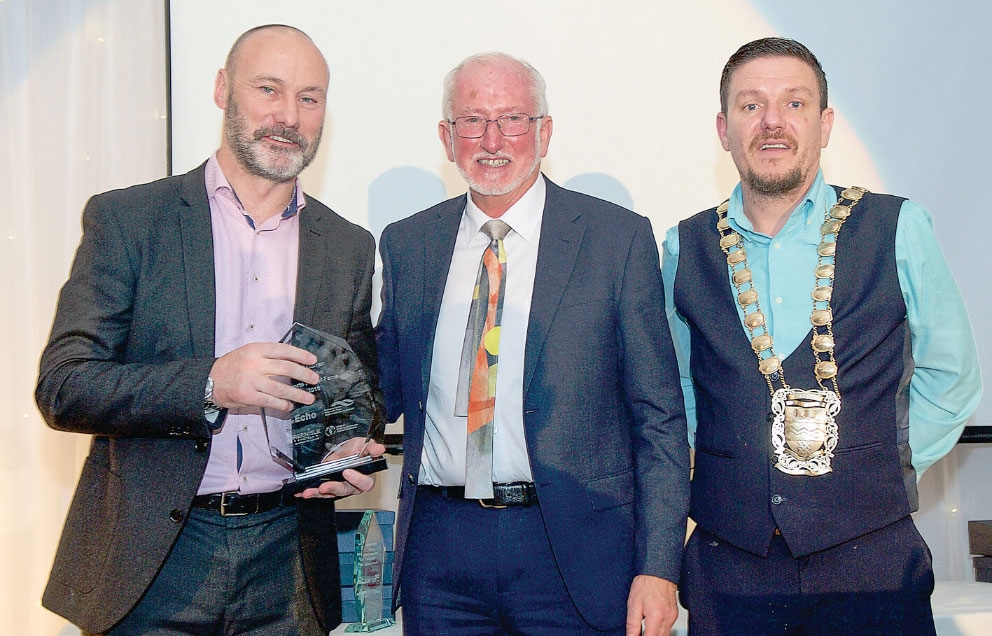 REGARDED as one of the finest footballers ever to play with Dublin, Paul Curran was one of two inductees into The Echo Sports Hall of Fame on Thursday night.

Paul played a key role for the Blues in their All-Ireland Championship success of 1995, the year in which he was named Footballer of the Year.

As a manager he later saw Ballymun Kickhams to that same title and on to Leinster Club Championship glory before later leading Clann na nGael in Roscommon to a first Senior Football Championship crown in 19 years.

Recalling his playing days with Dublin in the 1990s after receiving his Hall of Fame Award in the Green Isle Hotel, Paul said: “We had a very tough run in the nineties.

“We had a very good team but just fell short in an era when it was probably the hardest decade to win an All-Ireland.

“I mean, if you look at the nineties, I think it was something like six or seven different teams won All-Irelands in that decade, which is unheard of now. I mean we’re winning quite a lot, but it was difficult and it was great to get over the line in 1995,” he said.