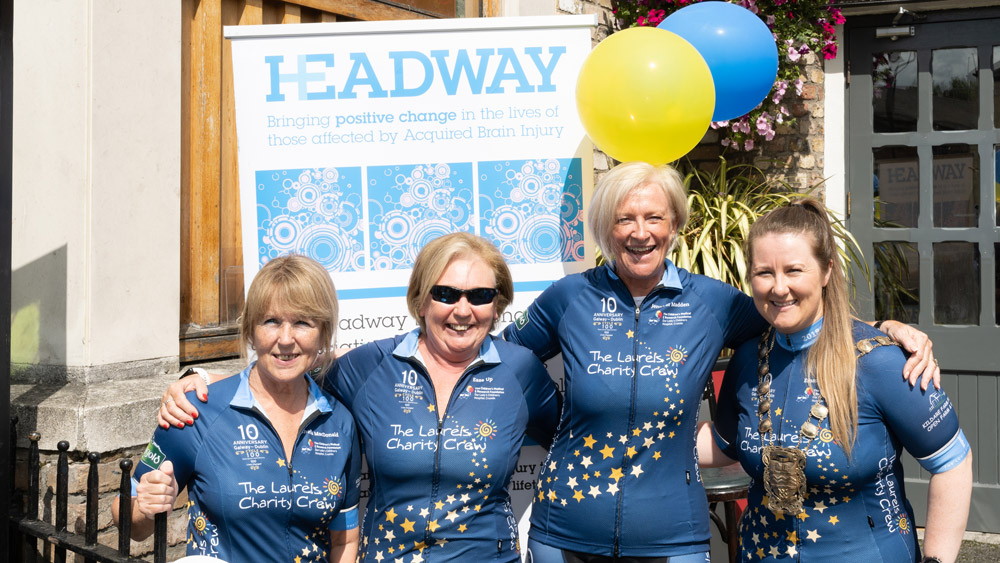 TWO bars in Clondalkin and Lucan went head-to-head in a cycling competition over the weekend.

On Sunday, the Laurels Cycle Crew faced off against Lucan pub Pennyhill in a static cyclethon to raise funds for Headway (Brain Injury Services & Support).

On this occasion it was the Lucan bar who raised the most funds, but the real winners were the people who took part, and naturally, Headway.

The Laurels Crew recently agreed a three-year plan in partnership with Headway to raise a quarter of a million over the next three years.

Since it was established 15 years ago by Damien Long and Denis McCarthy, the Laurels Crew has raised over €1m for charity – primarily for Our Lady’s Children Hospital, but also supported other ventures, including the Ciaran Carr Foundation defibrillator scheme. 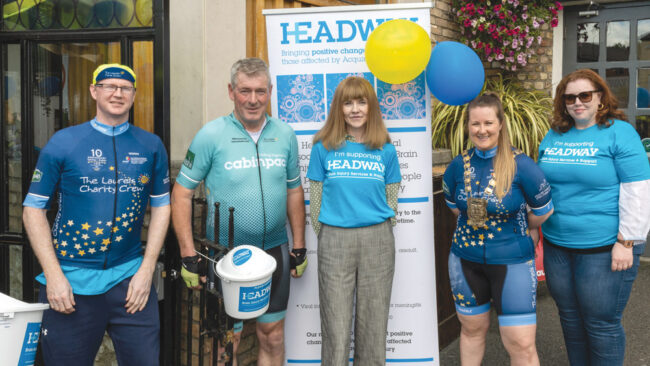 Derek Cummins, a Clondalkin man who benefited from the support of Headway to recover from a stroke at the age of 42, said the day was a resounding success.

“The weather was great on Sunday, it was a bit of fun, Pennyhill were delighted with the win, and it gets awareness out there about Headway,” said Derek, who attended the Pennyhill race, but ended up back in the Laurels for a well-earned pint later on.

The main annual event is the Laurels Cycling Crew annual initiative, which sees volunteers cycle from Galway to Dublin (September 23-25).

Derek has completed the cycle with other volunteers for the last 12 years, and says, “if I can do it, anyone can. It’s not a race, you take it easy, start at 8am on the Saturday in Galway. It takes about 7/8 hours to get to Tullamore. It’s 120km from Galway to Tullamore,” he said.

“The next day is the easy one, 100km from Tullamore to Clondalkin. This route is more level and if you have the wind behind you, it helps. People might look at me and not see a cyclist, but I like it, it’s a good group of people involved, all volunteers with goals that are important. If I can do it, anyone can.”

NEWER POSTNational Heritage Week: Viking experience, walks, talks and much more
OLDER POSTResident had to say she was going public to get a garda response