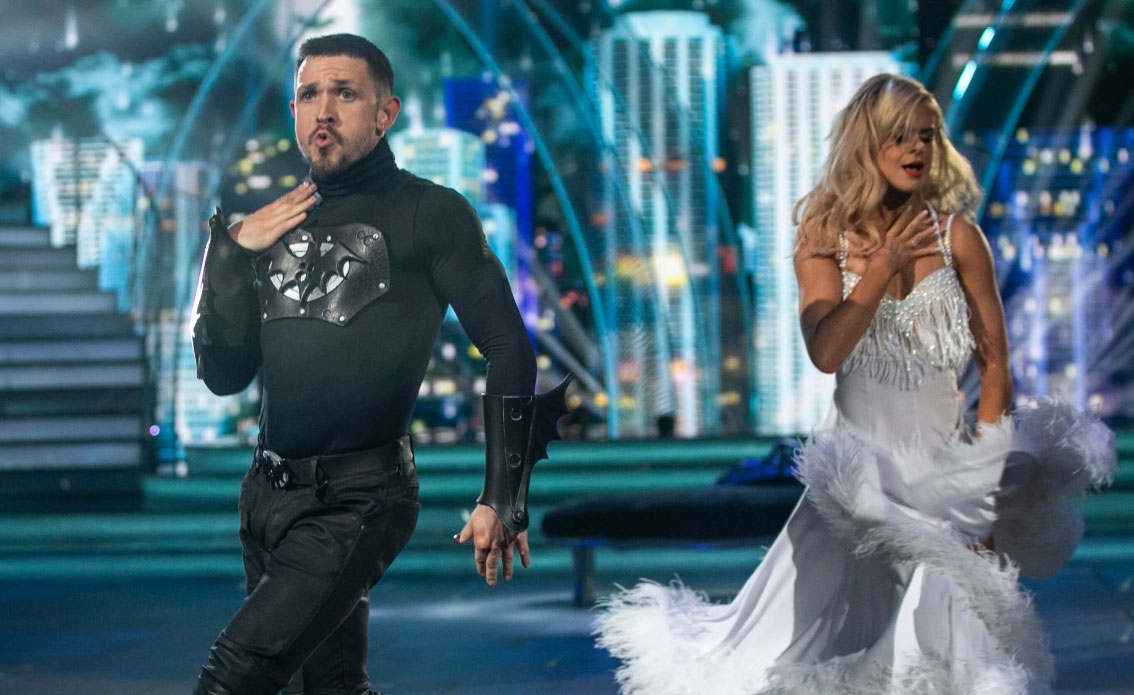 Dancing Stars make it through to next round

IT WAS another exciting show on RTÉ’s Dancing with the Stars on Sunday evening, where a host of celebrities donned their dancing shoes with hopes of eventually shimmying to the final and winning the coveted glitterball trophy.

Two local celebrities, Dublin GAA star and Glenview native Denis Bastick and well-known actor and Greenhills man Johnny Ward, and professional dancer Karen Byrne, who is from Ballyfermot, took to the stage with show-stopping performances that were influenced by a Hollywood movie theme.

Denis Bastick, alongside his dance partner Valeria Milova, did a powerful tango to ‘Danger Zone’ from Hollywood blockbuster ‘Top Gun’.

After the dance, Denis said: “[I was] glad to get through it. It was a cool movie, and a cool song.”

Judge Loraine Barry commented: “I liked it, it was a traditional tango. You really powered into the corner.

“It needs a little bit more back into it…but I still thought it was a very good tango.”

Judge Brian Redmond remarked: “We all know the tango is supposed to be sharp, and it certainly was that.

“It didn’t have enough contact for me. I did hope you were going to be flying high tonight, but I’m concerned you might be in the danger zone.”

The three judges gave Denis a total of 14 points for his Hollywood-inspired footwork.

Johnny, whose acting credits include ‘Fair City’ and ‘Love/Hate’, became a superhero for the evening and brought Gotham City to life as he performed a Viennese waltz to ‘Kiss from a Rose’ from the ‘Batman Forever’ soundtrack, alongside his dance partner Emily Barker.

After his performance, Johnny said it was “such a dream come true – I’m too small to play Batman on screen. It was amazing.”

Johnny’s performance was very well received by the judges, with Loraine remarking: “Just your presence here, the use of your body – you had a beautiful frame [and] correct footwork. For me, you have a blockbuster performance here.”

Brian added: “I thought the opening of that was extremely athletic. The top line was immaculate throughout.

“Some steps were a little bit more penguin than Batman, but apart from that, a good Viennese waltz.”

The judges gave Johnny a total score of 25 points.

Professional dancer Karen Byrne, who is from Ballyfermot and is a past pupil of St Dominic’s College, has been paired up with fashion supremo Darren Kennedy and together they performed a lively Charleston to the strains of ‘I Wanna Be Like You’ from ‘The Jungle Book’.

The judges gave positive feedback about the performance, with Darren scoring 16 points from the judges.

The next episode in the series will be on this Sunday, February 3, at 6.30pm on RTÉ One.