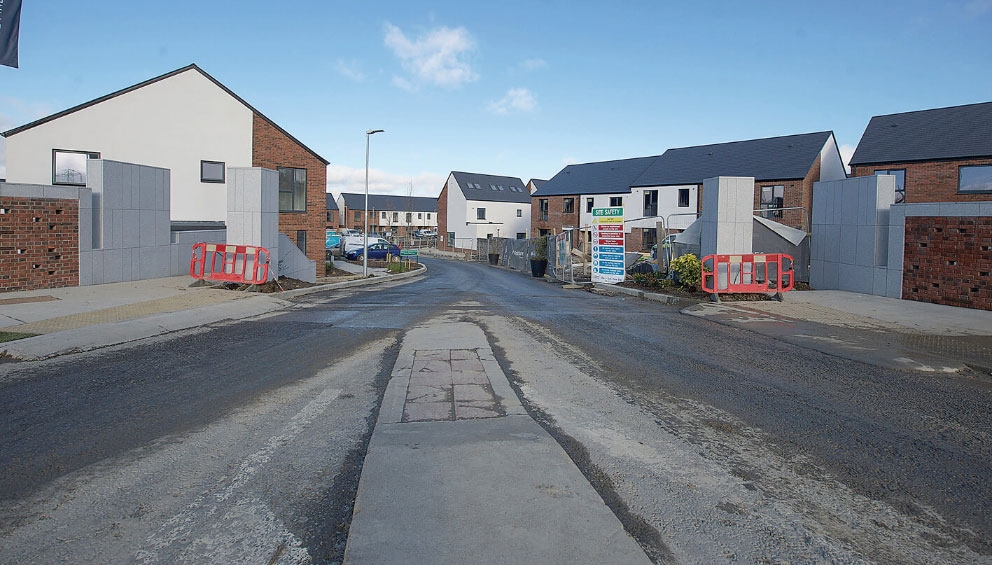 SOUTH Dublin County Council’s decision to purchase 30 properties that are part of the White Pines development on Stocking Lane in Rathfarnham has been criticised by a local councillor because of the cost of the houses, adding that the council has “yet again ignored the people of Knocklyon”.

In a circular sent out to councillors this month, it was stated that the local authority had purchased a number of three-bed properties at White Pines on Stocking Lane, which have a starting price of €425k, and that these properties are to be managed by Circle VHA on behalf of the council.

The new White Pines in Rathfarnham

According to Independent councillor for Rathfarnham, Deirdre O’Donovan, the council has purchased 30 homes in the White Pines development at an average cost of €450K per property.

Cllr O’Donovan added: “There are lots of more suitable properties for sale locally at round the €250k mark, which I think would have represented better value and would have taken more people off the housing list.

“SDCC could have purchased almost double the number of units, removing the need to build on our local pitches.”

The 175-unit White Pines development is being built by Ardstone Homes, with the building firm also planning to construct over 2,000 houses in commuter counties such as Kildare and Wicklow.

Cllr O’Donovan told The Echo: “It’s a missed opportunity by the council. If you’re genuinely, sincerely committed to dealing with the housing crisis, you would try to get better value for money when you’re spending tax payers’ money.”

Another bone of contention in the area concerns the planned development of 42 social housing units on a playing pitch in Ballycullen Park that is used by Knocklyon United Football Club.

Cllr O’Donovan remarked: “I don’t understand why, with all of the development in the area – both private and social housing – that instead of adding to facilities for those who live here we keep building houses with no facilities.

“Taking a football pitch away and buying designer houses – it makes no sense.

“Just because we’re in a housing crisis, do we have to lose all common sense?

“The council has chosen, yet again, to ignore the people of Knocklyon.”

When The Echo sought confirmation of the purchase of the houses and the cost of same, a spokesperson for SDCC stated: “SDCC did purchase housing units in the White Pines development as part of its housing delivery programme for 2018.

“We do not comment on the commercial nature or detail of such transactions.”

NEWER POSTMan caught with €80,000 worth of jewellery is jailed
OLDER POSTDancing Stars make it through to next round