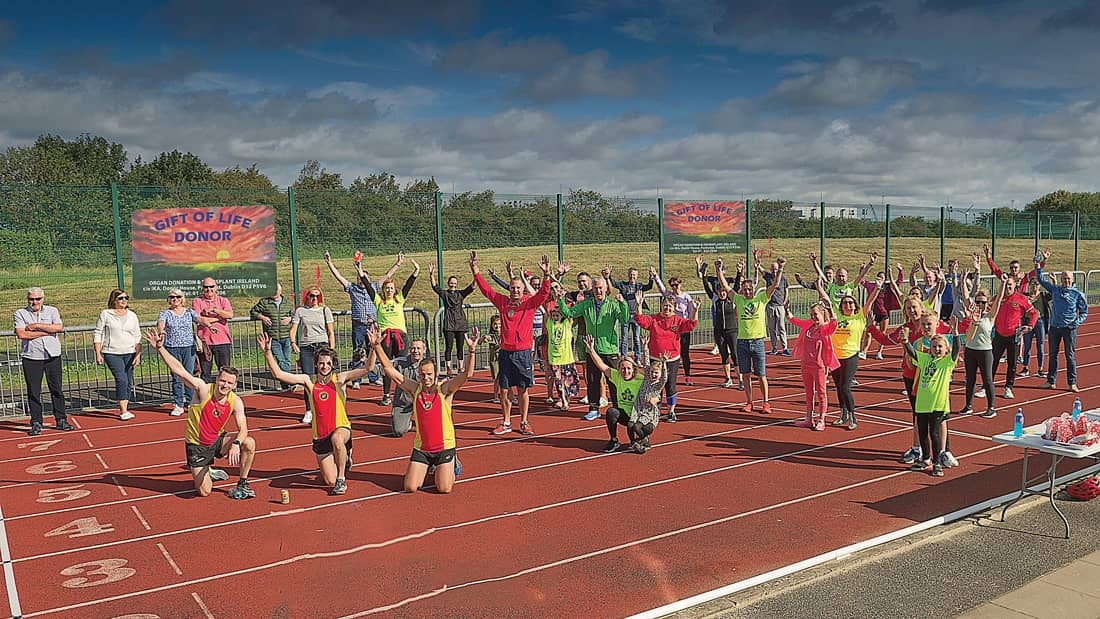 THREE members of Tallaght Athletics Club have raised €4,000 for the Irish Kidney Association by completing the virtual iteration of the Boston Marathon, in Tallaght.

David Callaghan, David Fitzpatrick and David O’Callaghan, or the three Dave’s as they have been affectionately nicknamed, had booked flights to Boston after qualifying for the prestigious marathon.

With it being postponed twice due to Covid-19, it was decided by organisers of the Boston Marathon that it move to a virtual format – so the three runners set out on a 14-week plan to get in peak condition.

They undertook the 26.2 mile challenge in support of several members and loved ones who have been affected by organ failure by raising donor awareness and funds for the IKA through a GoFundMe page.

They set out from Tallaght AC last Sunday morning at 8am with the hopes of returning to the clubhouse to finish out the massive feat under three hours and 10 minutes – Boston qualifying time.

While David Fitzpatrick was forced to cut his run short after 20 miles due an injury, O’Callaghan crossed the finish line in 3:05:00 while Callaghan made it home in 3:00:40.

Every year the three lads take part in the Run for a Life at Corkagh Park in aid of the IKA, and earlier this year they filled out the podium.

Dave Callaghan, his mother Pauline with her grandchild Layla whom she donated a kidney to in 2014.

In November 2014, Old Bawn woman Pauline Callaghan, mother of David Callaghan, flew to Australia to donate her kidney to her then three-year-old granddaughter Layla.

“It’s great to just get to contribute in some way because as a family member, you’re left helpless in a lot of ways and there’s not much you can really do for the person who has the [chronic kidney] disease,” David tells The Echo the day after completing his marathon.

“I love running, so it’s nice to feel like I was able to do the little bit I can by doing what I love.

“But look when you put it into perspective, what we did is absolutely nothing compared to what they [kidney recipients] do every week, they all work so hard.”

Layla, now 10-years-old, was at the finish line on Sunday morning to cheer on her uncle as was Michaela Delany, whose father trains in Tallaght AC with the three Dave’s.

A ‘digital organ donor card’ app can also be downloaded for mobile phones or by visiting www.ika.ie/get-a-donor-card

Donations are still being accepted through the Tallaght AC GoFundMe page for the IKA at https://gf.me/u/yrdjn2