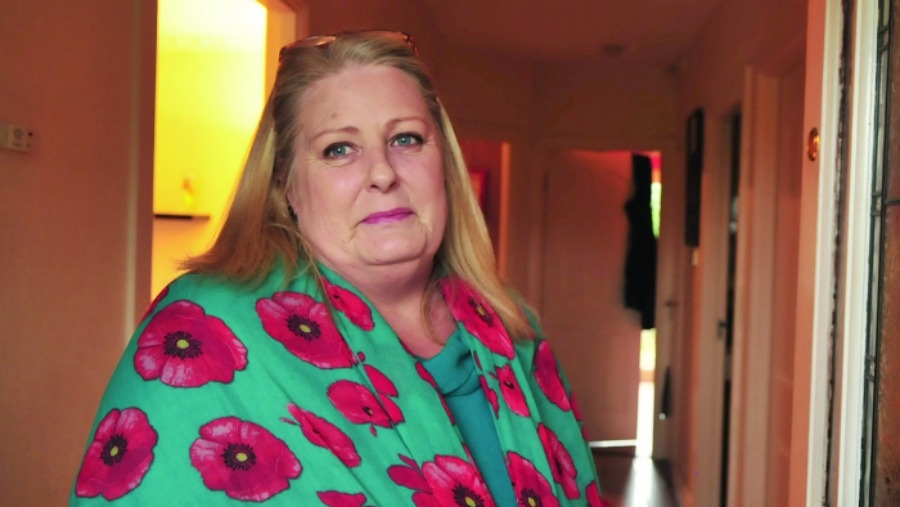 Death of her sister showed Letitia the risks of smoking

IT TOOK the tragic death of her sister for Letitia Swardt from Clondalkin to finally acknowledge the risks involved in smoking.

Originally from South Africa, Letitia (54), moved to Ireland in 2005 and two years later, developed a “horrible cough that wouldn’t go away.”

She was subsequently diagnosed with COPD – a chronic obstructive pulmonary disease, that makes it hard to breathe.

Doctors urged Letitia to quit smoking, but the pin didn’t drop until May this year, when her sister Anne passed away from smoking in South Africa.

“My father and sister had emphysema, but I didn’t listen to doctors, nor make the link between COPD and emphysema,” said Letitia, a Riversdale resident.

“My sister was a heavy smoker, and she suffered for a very long time. She needed a tube to breathe.”

Letitia was speaking ahead of World COPD Day, which takes place on Wednesday, November 16.

The day before, COPD Support Ireland, is inviting people to attend a ‘Save Your Breath’ national patient conference at the Royal College of Physicians, Kildare Street, on Tuesday, November 15.

More commonly known as bronchitis and emphysema, COPD is the fourth biggest cause of death in Ireland.

Letitia is diagnosed at stage 3 (of four stages in the disease) and although she subconsciously feels like a “steam train when walking past people”, she says it is vital to raise awareness of the condition.

She continued: “Don’t dismiss something you may have as an allergy. Get it checked out. If you get it early, you can keep it at stage one. It effects everything in life – walking, picking things up. I have to take nebulisers everyday, and carry a rescue pump.

“When on the bus, young girls put on way too much perfume – that leaves me not knowing where to go. The smell of perfume, and washing detergent is just too strong for me.”

Despite her affliction, Letitia remains upbeat, and has resolved to walk the Dublin Marathon next year, pending her recovery.

“I’m not over the hill yet, and don’t intend to curl up in a corner and die. It can be a selfish disease, it takes up a lot of your time, which can make you depressed, but you need to get out there.

“COPD Ireland put me in touch with a support group online, and there is a free advice line, to speak to a nurse. I used to walk the marathon until three years ago, and hope to do so again next year.”

For more information on COPD, visit www.copd.ie, and to register for the “Save Your Breath” national patient conference, call 2833 500.