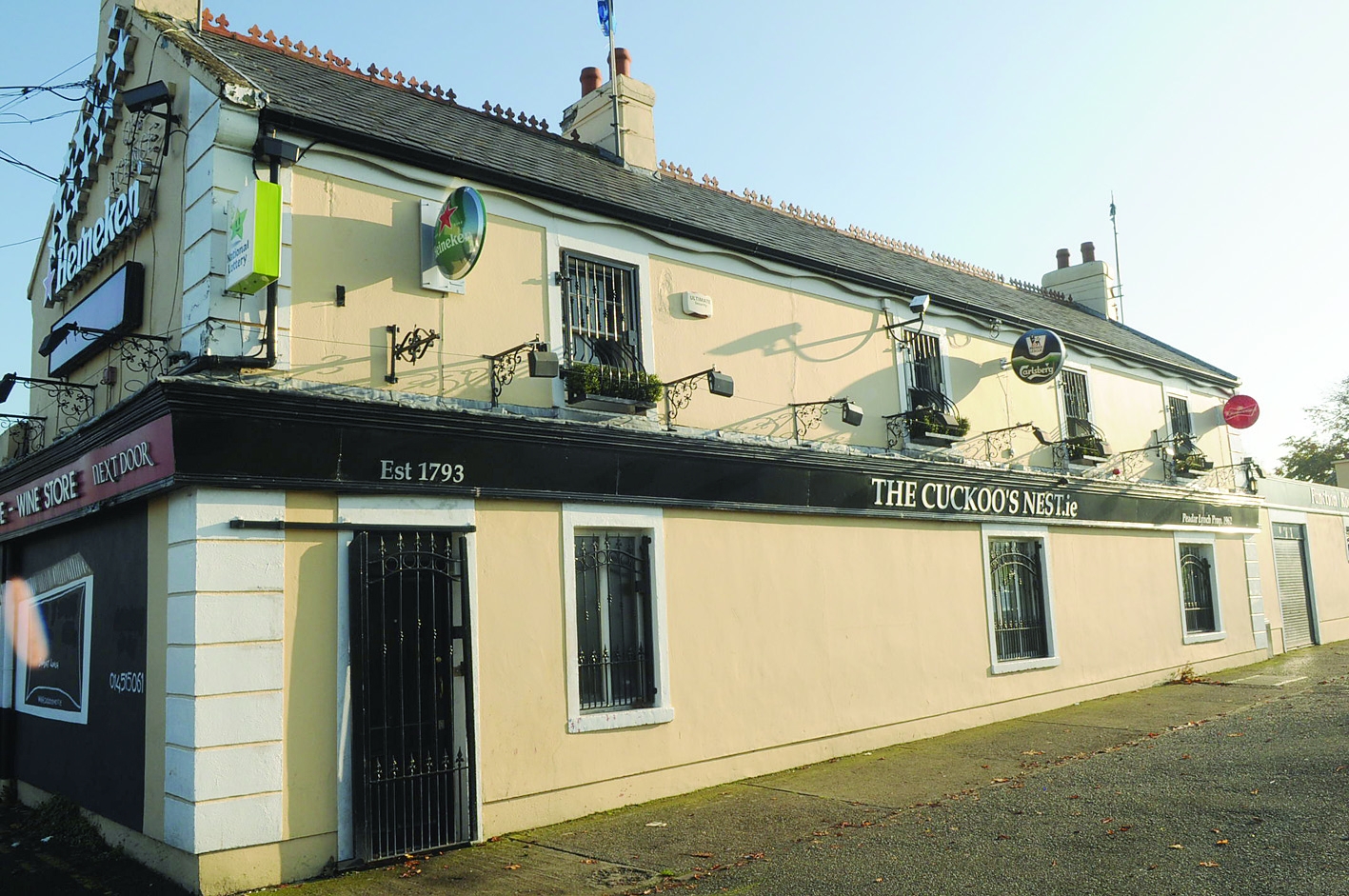 Decision on Cuckoo’s Nest planning expected in next week

COUNTY planners have until this Wednesday, July 6, to make a decision on the proposed development of a 45-unit residential estate to the rear of the Cuckoo’s Nest.

In May of last year, the Lynch family, who has owned the landmark pub for nearly 55 years, was forced to close the doors on the well-known Tallaght establishment, due to spiralling debts reported to be in the region of €3 million.

However, in May of this year, a significant planning application was lodged with South Dublin County Council for the construction of a 45-unit residential estate on land to the rear of the Cuckoo’s Nest – with money made from the sale of the homes being used to pay back the banks, facilitating the re-opening of the landmark pub.

Lodged by Phyllis Lynch, the application provides for 39 three-bed homes and six two-bed apartments located in a three-storey building.

The application also includes plans to renovate the pub itself and seeks to level the existing rear and side extensions, which will be replaced with a new two-storey wing that will house a bar, lounge, external courtyard with seating at ground-level and a restaurant and kitchen on the first floor.

To pave the way for the development, the proposed planning application seeks the demolition of Tallaght Theatre, which will be reconstructed in the north-west corner of the site.

The application received no official objections or observations, with only one third-party submission in support of the development received by the South Dublin County Council.

Tallaght Central councillor Mick Duff (Labour Party), who lodged the only third party submission received by the council, told The Echo: “I support this application. The Cuckoo’s Nest was a very valuable asset to the community and, alongside being a social outlet, was also at one stage a very big employer.

“The Lynch family served Tallaght for decades and its closure was a really big blow to the surrounding community not just for those who went to the pub for food and drink, but to all of the social clubs and senior citizens who used the pub as a meeting point.”

He added: “If passed, the development would also mean additional houses in the area which is a positive.

“I have spoken with many people over the past few weeks and the general consensus for the development appears to be one of support.

“I know that there was some concerns over the possibility of extra traffic in the area, but with only 45 units this does not appear to be a consideration now.”

County planners must make their decision on the application by this Wednesday, July 6.