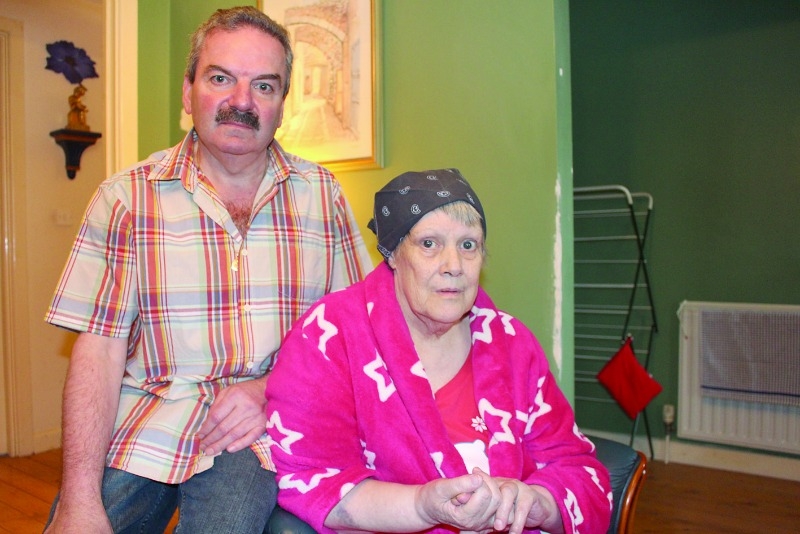 THE Department of Social Protection has done a u-turn on its decision to refuse the Carer’s Allowance to a man who provides full-time care to a Tallaght woman with terminal cancer.

In this week’s edition, The Echo spoke with Paddy Mulligan (60) who cares for his friend of 40 years Patricia Slevin (63) in their council home in Tymon North, where they have been co-tenants for the past 17 years.

In 2007, Patricia was diagnosed with breast cancer, which spread into her bones and spine and in later years, her lymph nodes.

Patricia told The Echo that her illness was terminal, with treatment keeping her alive, but not being a cure.

She told The Echo: “In the last few years the treatment has taken its toll, I’m just existing and don’t leave the house unless I’ve to go to the hospital.

“Paddy does everything for me. He gets the shopping, my prescriptions, does the washing, ironing, prepares all of my food, washes me, dresses me and keeps me company.

“He helps me up and down the stairs and cleans my commode.

“If it wasn’t for Paddy I would have had to leave my home and go into a hospice.”

Paddy appealed the decision, a move which was supported by Our Lady’s Hospice in Harold’s Cross and local Sinn Fein TD Sean Crowe, who, supporting Paddy and Patricia for a number of months, went directly to the Minister of Social Protection, Leo Varadkar, about the case.

In reponse to Paddy’s appeal, the Social Welfare Appeals Office said that some time “will elapse” before the appeals officer will be in a position to look at the case, due to a large workload.

However, on Thursday, Paddy received notification from the Department of Social Protection that they examined his appeal and that his payment would be issued from February.

Speaking with The Echo, Paddy said: “Myself and Patricia are happy with the outcome and relieved.

“This was never about the money, it’s worth €16 to me a week, it was the principle… we were so upset and annoyed for ourselves and other families going through a similar experience.

“We are grateful that we have been given the allowance but to be told that Patricia was not sick enough was very upsetting.

“People should not have to go through these lengths to get the allowance, Sean Crowe [Sinn Fein TD] had to do a lot of work for us and we had to go public.”

Deputy Crowe told The Echo: “This is a really good news story for Patricia and Paddy, and I’m delighted they got what they were entitled to.

“However, what’s awful about this is that their story highlights the difficulties families are going through at maybe one of the most difficult times in their lives.

“People should not have to go to a public representative, or get a story published, for a basic entitlement.

“Something is drastically wrong withthe system when people have to go to these extremes.”

Deputy Crowe also slated the two year waiting time for some appeals and the length of time it can then take for the allowance to be paid.

“I am representing another Tallaght family at the moment which was granted the Carer’s Allowance after appeal, but the carer has been waiting since November 1 for payment”, Deputy Crowe said.