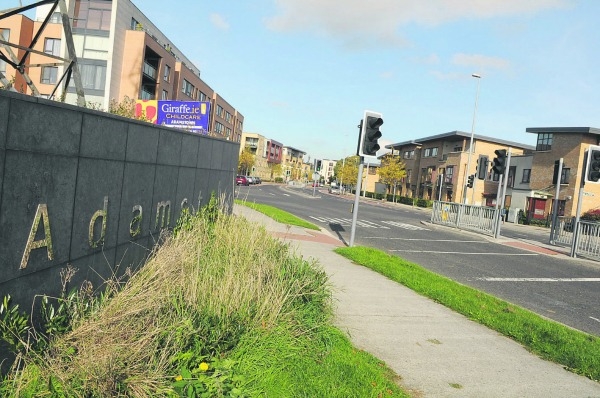 A DUBLIN-based developer has applied for planning permission from South Dublin County Council to build 267 homes at Tobermaclugg in Adamstown, Lucan.

Private and semi-private open space to serve the proposed units will be provided in the form of balconies, terraces, gardens, courtyards and roof terraces.

Vehicular access to serve the residential development will be taken from four access points off Adamstown Drive, a proposed 6.5m wide east-west road (c.485m in total) connecting to the existing Dodsboro Road/Tandy’s Lane in the east.

As part of the development, the new road will make provision for vehicular traffic, online bus services, car parking as required, pedestrian footpaths and cycle paths.

A new signal-controlled crossroads providing access to the proposed residential development will be provided at a point about 143m south of the existing junction of Dodsboro Road and Dodsboro Cottages.

To the east of the proposed crossroads, permission is sought for a new 6.5m wide road of around 360m in length connecting to the existing road network.

A crossroads will be provided on this section of the road at a point of c.235m from the proposed crossroads on the Dodsboro Road all on lands bound generally by Dodsboro Cottages to the north, Dodsboro Road/Tandy’s Lane to the east and future development lands in Adamstown SDZ to the south and west.