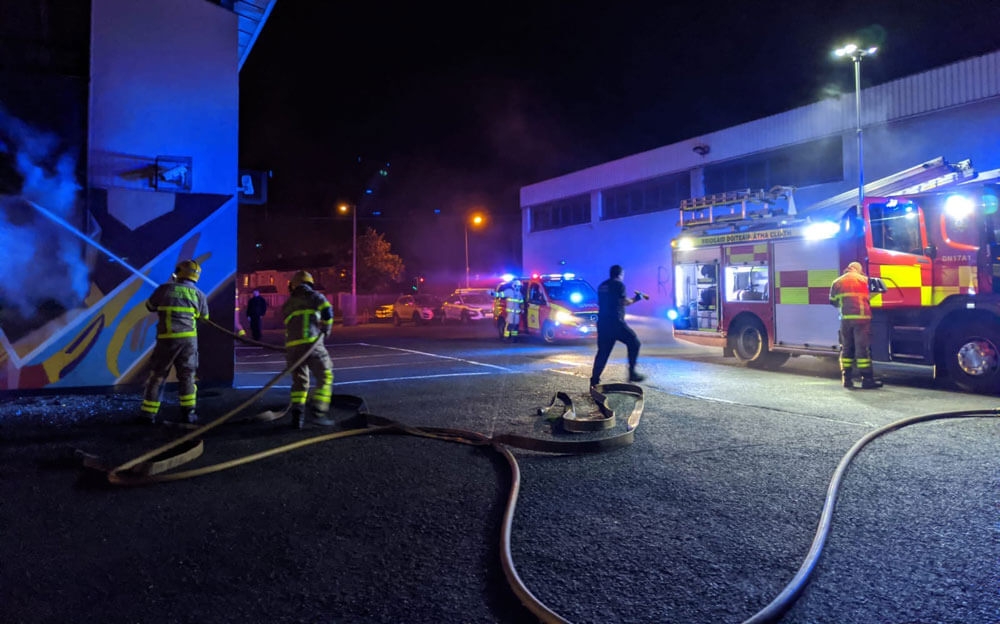 DUBLIN Fire Brigade attended a fire at CARP (Community Addiction Response Programme) which is located beside the Killinarden Community Centre in the early hours of this morning.

DFB on site in the early hours of this morning (pic: DFB)

Three Units from Tallaght and Dolphins Barn attended the fire at around 3am, during which a storeroom had its contents destroyed.

Gardai on patrol had noticed heavy smoke and crews from DFB used breathing apparatus and deployed a fan to ventilate the building.

The fire was contained to one room and the building sustained smoke damage.