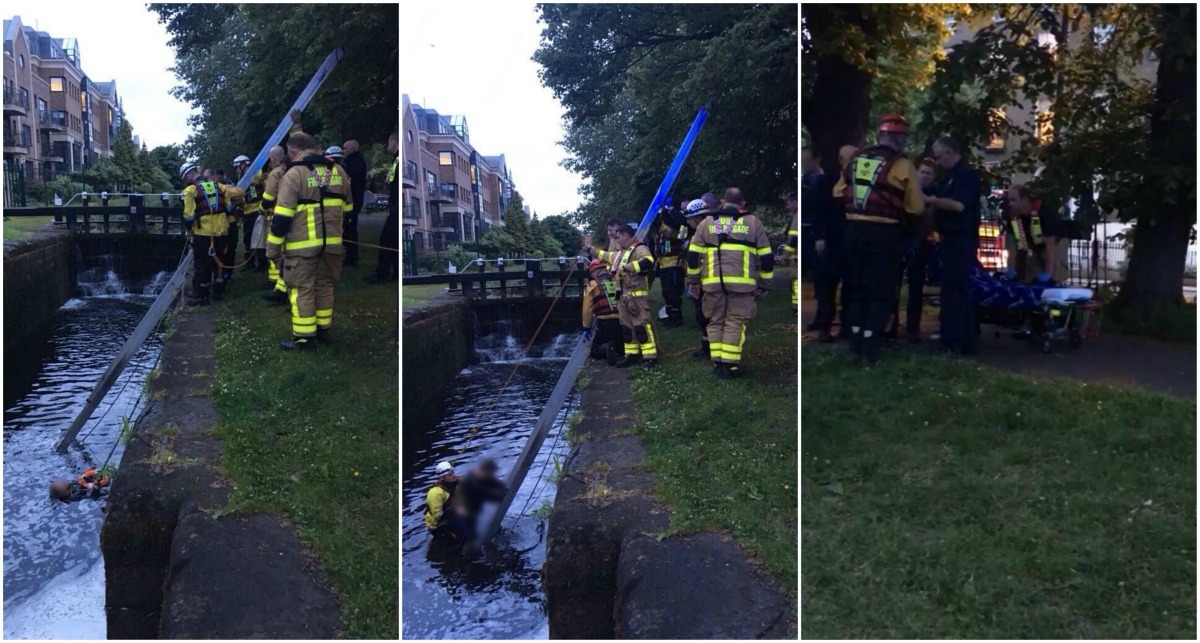 A man was rescued from the Grand Canal this morning after he became trapped.

The incident unfolded just before 5am, with units from Dublin Fire Brigade attending the scene.

At 5am crews from C Watch HQ rescued a male from a lock on the Grand Canal after becoming trapped. Treated for hypothermia and taken to hosp pic.twitter.com/g0pKVsInVB

The crew from C Watch were able to bring the man to safety, where he was treated for hypothermia.

He was later taken to hospital for further treatment.