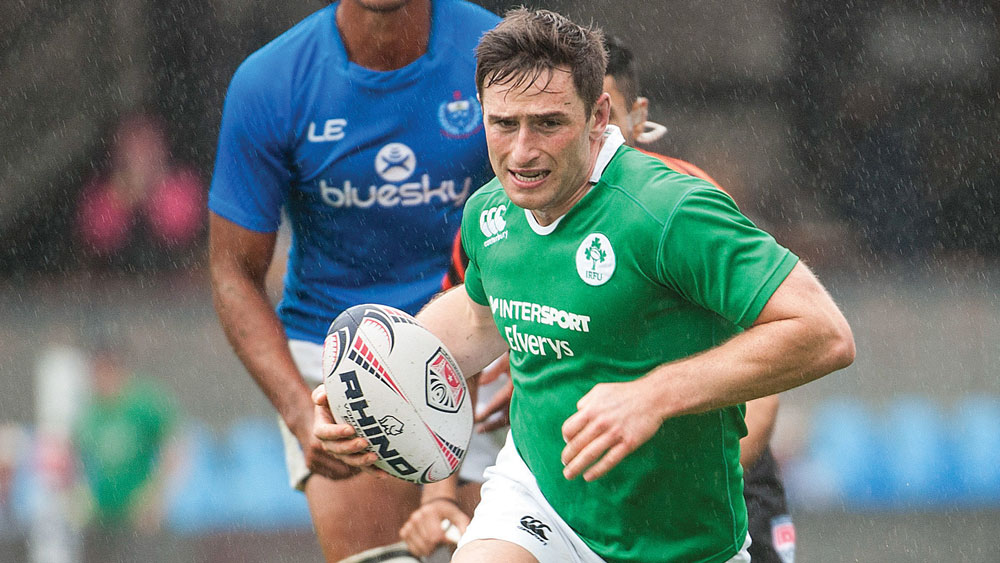 It was a disappointing day in the Japanese capital for the Ireland men’s sevens rugby team as they suffered back-to-back reversals to South Africa and the USA at the Tokyo Olympics.

The first-ever oval ball side to represent their country at the Summer Games, Ireland began their Group C campaign with a morning time encounter against the South Africans in Tokyo Stadium. When you consider the Blitzboks claimed bronze at the 2016 Olympics in Rio, this was always likely to be a tough assignment for the Irish.

It was a difficult opening to the contest for the tournament debutants, with Zain Davids and Impi Visser both getting over for converted tries.

Nevertheless, Gavin Mullin (whose father Brendan also played for Ireland at 15s level) responded just before the interval to get Ireland back in contention. Dardis added a conversion to leave just seven points (14-7) between the sides.

It remained this way three minutes into the second half after a superb Kennedy try (which was once again converted by Dardis) cancelled out a similar effort from Justin Geduld.

However, the southern hemisphere outfit also crossed the whitewash through Chris Day and Stedman Gans to give them a comprehensive 33-14 triumph.

Ireland were subsequently back in action at 6.30pm local time (10.30am Irish time) against a USA side that had defeated Kenya in their earlier group game. In a similar vein to their clash with South Africa, the Green Army conceded a brace of early tries to Perry Baker and Madison Hughes.

It looked set to be a scoreless opening period for Ireland, until Hugo Lennox crossed over after receiving a Foster Horan offload.

Kennedy’s outstanding build-up play released Harry McNulty for a try on the resumption and while Dardis was wide of the mark off tricky conversion attempts for both of these scores, his side were now just two points adrift (12-10).

Still, Irish persisted with their challenge and McNulty raced underneath the posts in the final minute for a try that was supplemented by a Mark Roche bonus strike.

Their low margin of defeat in this game (19-17) could yet be crucial with the ranking system affording quarter-final spots to two of the teams that finish third in the group stages. Tomorrow morning’s showdown with Kenya (11am local time/3am Irish time) is a must-win for Ireland if they are to ultimately progress into the medal section of the tournament.