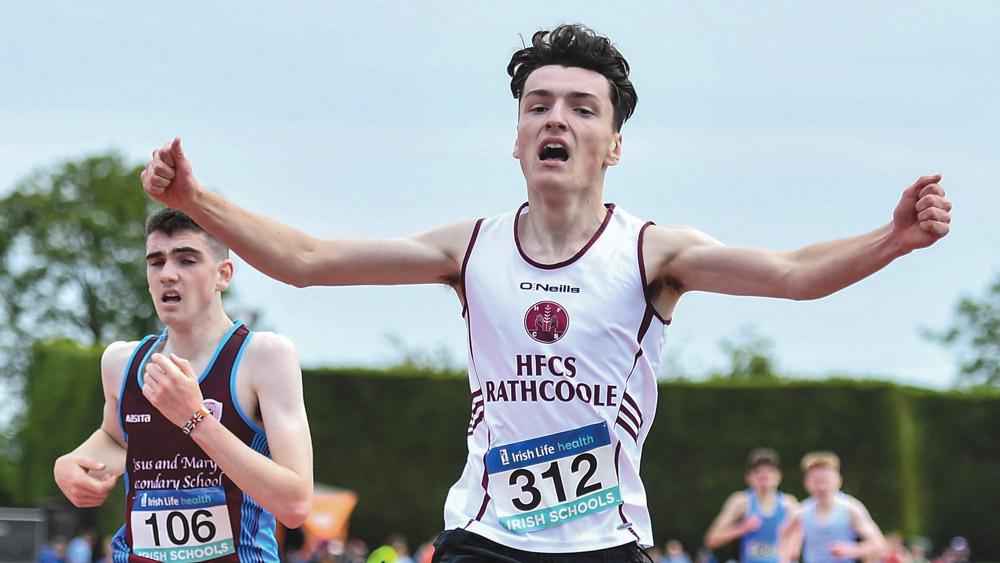 TALLAGHT Athletic Club will have no shortage of interest in some of the big international meets this summer.

While Cormac Dixon will be representing Ireland in the European Youth Olympic Festival, taking place in Slovakia from July 24-30, clubmate Jack Kelly will line out in the European Under 18 Championships in Israel early next month.

Kelly was confirmed on the national squad by the Athletics Ireland selection committee following a very impressive performance in Franconville, France on Sunday that saw him clock a time of 1:53.52 in the 800m.

Dixon had previously earned his berth on the Irish team after registering EYOF standards for the 3000m at both the Dublin Graded Meet and Dublin Juvenile Championships on his home track in Tallaght.

Prior to his trip to Slovakia, the Holy Family CS student will contest the National Under 17 3000m and 1500m Championships in Tullamore.

On another note, there was more good news for Tallaght with Joseph Finnegan Murphy winning silver in the 200m at the Leinster Senior Championships and 100m bronze in the county equivalent in Santry, clocking a time of 10.93