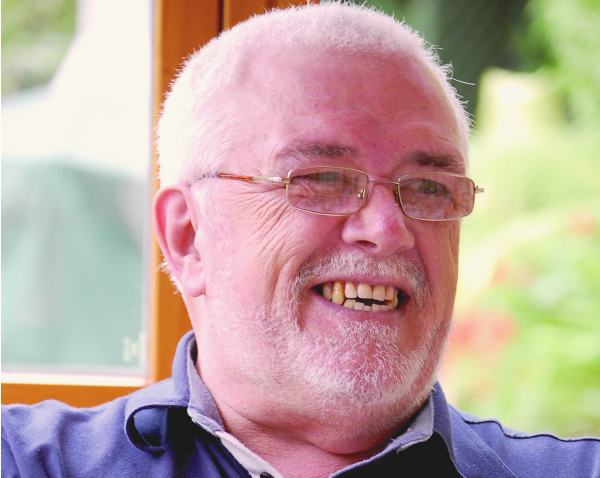 A TALLAGHT family has this week spoken out in support of Dr James Gray, whose “honesty and conviction” was the only source of comfort after their loved one died while on a trolley in Tallaght Hospital’s emergency department.

Thomas Walsh (65) from Kilnamanagh sadly passed away in 2011 while lying on a trolley in a corridor of Tallaght Hospital, after he had been admitted by ambulance nearly 15 hours earlier with severe ankle pain.

The father-of-two, who had documented underlying health conditions, had been left sitting on a chair for approximately nine hours before being moved onto a trolley – with Dr Gray highly critical of the care provided to Mr Walsh during the inquest into his death.

The inquest ruled that Mr Walsh died of bronchial pneumonia and heart problems, with the coroner returning an open verdict and commenting that Tallaght Hospital seemed like a “very dangerous place”.

Mr Walsh’s death sparked a year-long investigation into the hospital by health watchdog HIQA, which published a 300-page report into patient safety at the hospital, and made a number of recommendations for changes both at Tallaght and other hospitals nationwide.

Despite HIQA’s recommendations, patients are still being left on trolleys in the emergency department and on the wards of hospitals nationwide, with emergency department doctor James Gray last week coming under fire when he revealed that a 91-year-old man, who has advanced Parkinson’s disease, had spent 29 hours on a trolley in Tallaght Hospital.

In recent days an internal inquiry by Tallaght Hospital into releasing of patient information into the public arena has been initiated.

Speaking to The Echo, Thomas Walsh’s son Simon said: “My family feels that if Dr Gray hadn’t said what he did at my dad’s inquest that we wouldn’t have had the same outcome.

“We feel that he was responsible in helping us get an open verdict and also in prompting the HIQA report.

“Dr Gray coming out and saying what he did so honestly and bravely was the only comfort we got as a family.

“Our dad died an undignified death and Dr Gray tried to restore some of that dignity.”

Simon, who lives in Citywest, added: “He took a risk speaking honestly at the inquest and I guess he was just doing his job that day, and still caring for the patient.

“He helped us so much and was the only one who spoke to us like people, like a family who was grieving, not just another statistic.”

When asked why they decided to speak out now, Simon said: “We want to thank Dr Gray publicly for what he has done for us. He has been so brave in coming out in the interest of patients – and speaking for the hundreds of people on trolleys.

“The patient needs to be heard by those making decisions in our hospitals and health service.”
In his recent letter to the CEO of Tallaght Hospital, Dr Gray claimed that the 91-year-old man left waiting on a trolley for 29 hours had no privacy, no dignity and was exposed to constant noise and light torture – which resulted in sleep deprivation.

The figures for the other Dublin hospitals include Beaumont Hospital (18), Connolly Hospital (17), the Mater (18), St James’s (8) and St Vincent’s (16) – resulting in 103 patients lying on trolleys across all six Dublin Hospitals.

When contacted by The Echo, Tallaght CEO David Slevin said: “We had 26 people on trolleys on Wednesday morning, across the emergency department and the wards.

“We try our best to spread the pressure over every department, so that it is not all focused on the emergency department.

“We are currently working on opening 13 beds in the coming weeks to relieve pressure and we will have a further 16 open in the New Year, some of these are un-utilised beds that were in the paediatric side.

“The 13 beds being opened in the coming weeks is also the first step in developing a frail elderly ward at the hospital, a dedicated unit where older patients will receive a quicker pathway to care.”

In relation to the internal investigation, Mr Slevin said: “The patient in question made a complaint to the hospital concerning his dissatisfaction with the manner in which his personal clinical circumstances have been revealed, so as with all complaints, we have a process to follow.”

Check out page 28 of this week’s Echo to read a letter to the editor from the Walsh family.