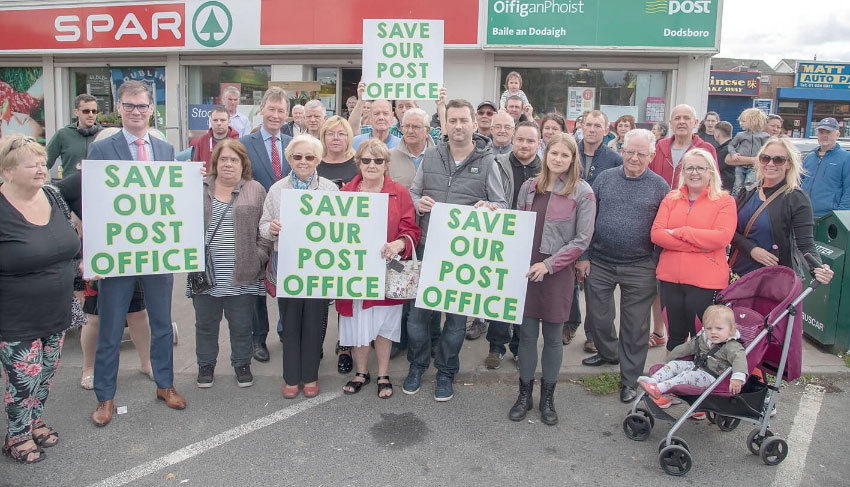 DODSBORO Post Office will remain open until its replacement in SuperValu opens.

Local councillor Liona O’Toole welcomed the announcement in a post of social media.

Cllr O’Toole said: “An Post have confirmed to me that an agreement is in place to leave the post office in Dodsboro until the one in SuperValu is opened, then allow for transfer without residents having to go the Ballyowen Post Office. Thanks to those that have agreed to let this happen.”

Last September The Echo reported that the group “Save Dodsboro Post Office” delivered 2,300 signatures to the CEO of An Post, David McRedmond.

The group also sent a letter to the Minister for Communications, Denis Naughten TD.

He told The Echo that the move was “a commercial decision by An Post”.

She said: “It is a much better short-term solution to the alternatives we  were offered. I know people are rather upset that the post office is closed.”

She added: “It is great to see that Dodsboro will remain open for the time being. It is a great tribute to the local postmaster.”

NEWER POSTAffected by drugs or alcohol?
OLDER POSTMan caught with €80,000 worth of jewellery is jailed