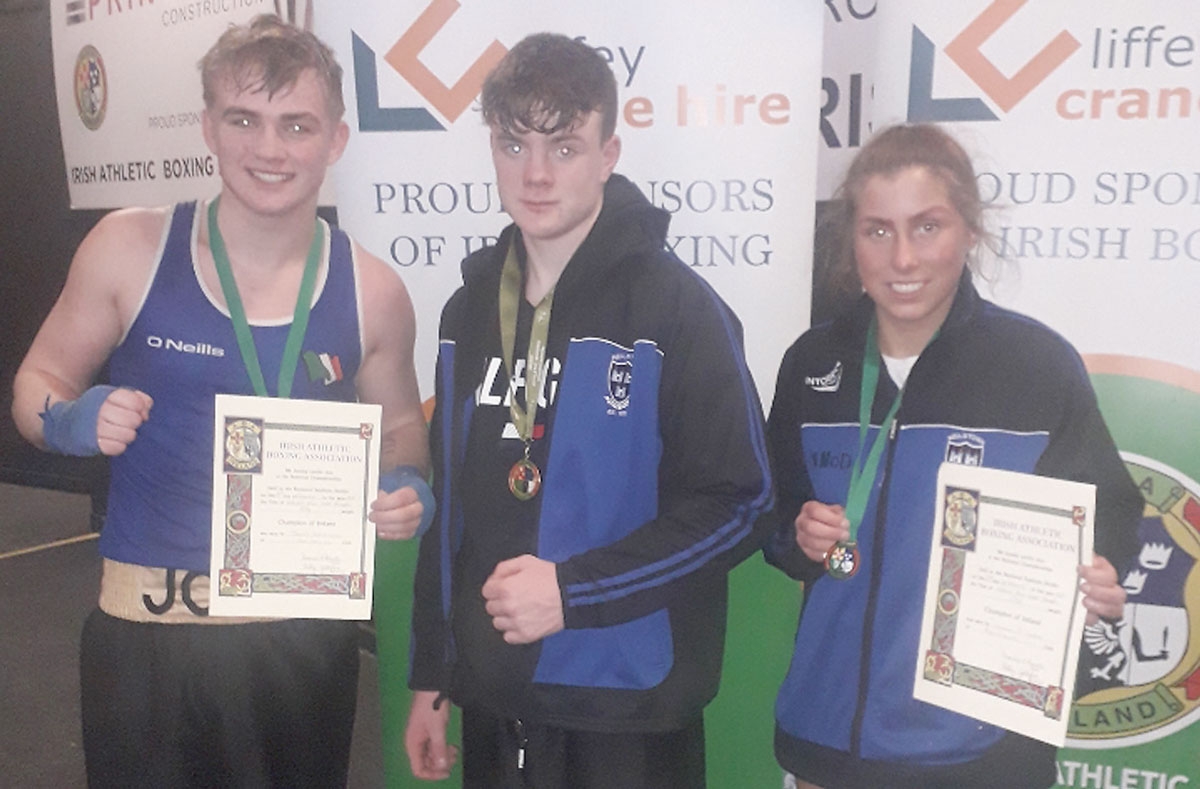 Double delight for Neilstown in Finals

THERE was double delight for Neilstown Boxing Club at last Saturday night’s National Senior Cadet Championships in the National Stadium.

While Winnie Christina McDonagh secured a return to the European Junior Championships with her win in the W63kg division, her clubmate Joseph Hutchinson also went all the way with his victory over Dylan Bradley in the 80kg class.

In all Neilstown saw half of the six boxers they fielded in this year’s championships reach the finals with Ryan Murphy coming undone against Tyler Meade of Hyland Boxing Academy in the 75kg division.

McDonagh completed her march to the title after carding a unanimous decision victory over Alex Kinehan from Birr in the decider.

“It was a good fight” she told The Echo. “I had to push hard for the win but I always felt I was pushing her back from the first round to the last. I was very happy with my performance.”

The win sees her back in the European Champion-ship in Georgia in July hoping to go one step better on her silver medal win in last year’s contest.

“It’s great to get back to the European Juniors because it will be my last crack at getting a gold medal before I step up to Under 18s next year” said McDonagh.

Neilstown BC coach Ger Fleming was very pleased with her display, saying “Winnie boxed very well with a combination of attacking and counter punching. It was a very good performance, winning all three rounds.”

“He was always in control from the start with some very good combinations. He caught his opponent with a left hook in the second round to force a count and had a very polished last round” he recalled.

While disappointed for Murphy, Fleming was pleased with his young protégé’s display, saying “Ryan boxed very well and the three rounds were close.

“There were some big shots thrown in the contest, but in fairness young Tyler edged it and we’ve no complaints.

“Overall two gold one silver. Joe is  now going out to his second and Winnie Christina a third European Championships.

NEWER POSTMeade back on top
OLDER POSTCrumlin lift Under 19 title