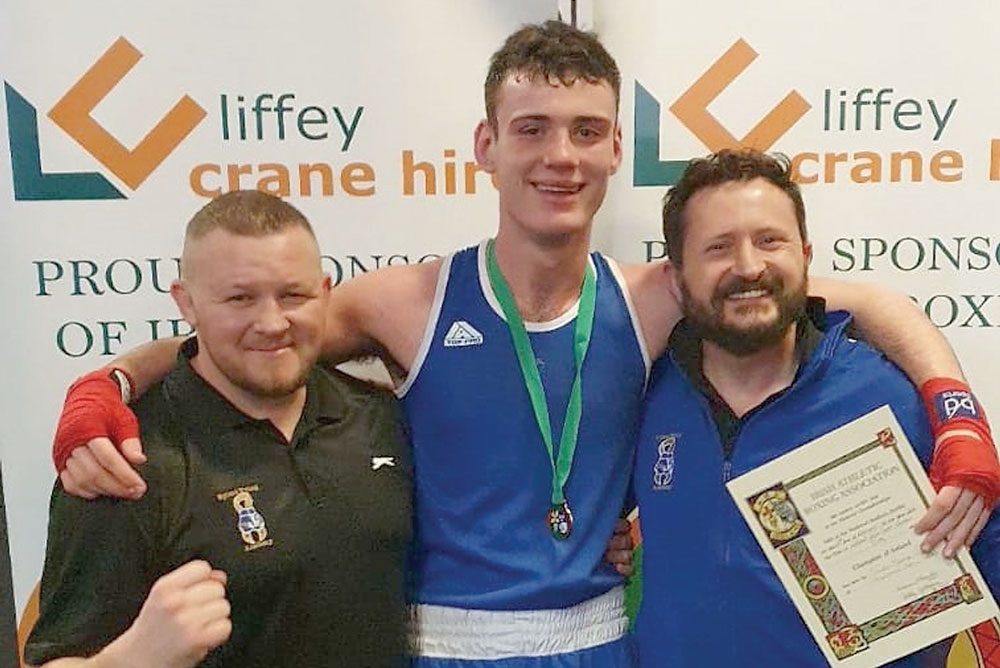 Meade back on top

TYLER Meade will be heading to this summer’s European Junior Boxing Championships after lifting the National Senior Cadet 75kg title in the National Stadium on Saturday.

Under the guidance of coaches Eddie Hyland and Paul Hyland snr, the All-Ireland champion stormed to a 5-0 triumph over Ryan Murphy of Neilstown in the decider.

“He [Meade[ shaded the first round, but he came back to the corner telling me his shoulder was very sore” said his coach Eddie Hyland.

“We didn’t know if he had been hit or had over-reached with a shot, but we told him to keep it long range and he did that over the next two rounds.

“His jab was phenomenal and he mixed up every combination. It was just a brilliant performance” he said.