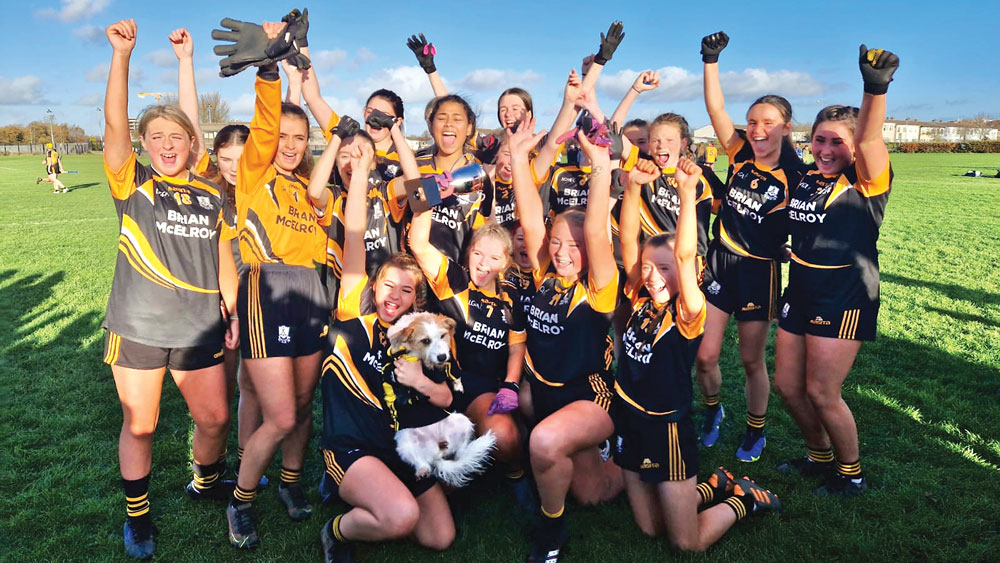 ST MARK’S are Under 15 county champions after completing their drive for the league and championship double, winning the Division 8 title in the latter with a thrilling 3-11 to 2-4 final win over Na Fianna at McGee Park on Saturday, November 5.

After a nervy start to the game, the Tallaght outfit settled into the occasion nicely when Ava Sherwood split the posts.

Playing with a swashbuckling style of football that was brought about through effective support runs and a slick handpassing game, Mark’s found great rhythm to see themselves into the lead.

Captain Tori Harte and Aimée Noonan McKeever got through a mountain of work in midfield, while also chipping in with scores, it allowed the likes of Zara Quirke and Sherwood to see a lot of the ball.

While the hosts went into the break ahead, Na Fianna came out swinging for the fences in the second half.

Having set up more defensively in the first, using a sweeper, the Glasnevin side pushed up on the Mark’s backline to pour on the pressure – and they reaped some rewards. 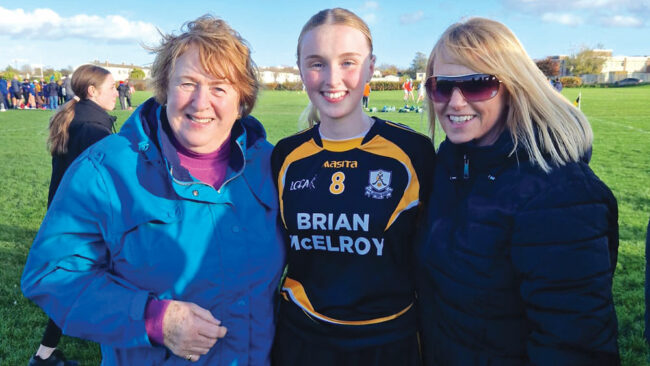 Hope Harris, who was a contender for player of the match, held firm in the Saints backline along with the superb defensive work of Abbey Greene, Naomi Hatch, Aleesha Nkemachor, and Aoibheann Ní Raghallaigh.

After scoring a beautiful goal in the first half, Gabi Petrov was swapped into the backline for defensive reinforcements while Sophie Noonan pulled off a string of miraculous saves to stave off the dogged Na Fianna.

Quirke converted from the penalty spot and also capped off the game with a lovely point after some quick-thinking from Chelsea Mahon Boyne and Harte.

After winning the league and championship this season, St Mark’s will travel to take on Fingallians in the Single Code Red Cup Final on Saturday at 1.30pm.