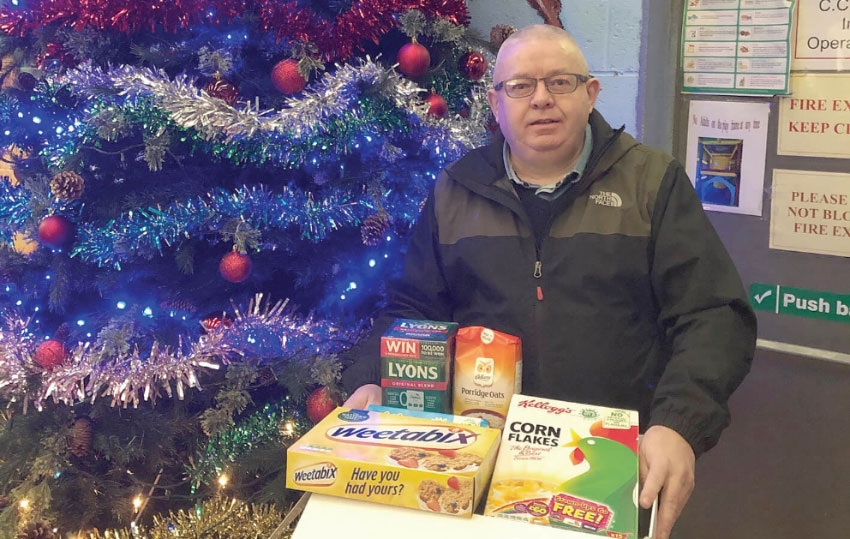 Double the demand for Christmas dinner

WHEN the community Christmas dinner in Tallaght was first staged in 2014 due to an increase in the number of homeless people locally, organisers didn’t expect to be still running the event four years later - and with double the demand.

The numbers attending the Christmas dinner for the homeless have doubled since its inception, with 140 people attending the first dinner in Kids Zone (formerly Tallaght Adventure World) in 2014 – with close to 300 people expected to attend the 5th annual dinner this December 25.

The dinner is made possible each year by a huge community effort, with individuals, groups and local businesses ensuring that those in need, alone, sleeping rough or living in homeless hubs have a special place to go on Christmas Day.

Alongside serving up a three course meal in Kids Zone, and providing gifts, warms clothes and practical items like sleeping bags and toiletries, deliveries of hampers, vouchers and toys are also made to families struggling to provide Christmas in their own homes.

“Last year we had around 270 people for the meal and supported more than 240 families in their homes”, Councillor Dermot Richardson, organising team and owner of Kids Zone said.

“The first year we had around 140 people and this year we’re expecting around 290.

“The homeless situation is getting worse, not better… and we have a lot of families living in the Abberley hub coming along too.

“We definitely thought that five years down the line that things would have improved.”

As the numbers attending the dinner increase year-on-year, so does community support for the event.

“I’ve always said that this is a community event”, Cllr Richardson said.

“Christmas is a very sad time for people who have nowhere to go but thanks to the local community we are able to provide this day.

“People are so generous and there are businesses that have stayed on board with us for the past five years.

“We also have a great team of volunteers who help set everything up for the day.”

This year, the event is being run under A Helping Hand, a new community-based group established in Tallaght by Cllr Richardson.

Members of the community are invited to support the event by making donations for hampers, such as cereals, tins, tea, coffee, sugar, pasta, rice and biscuits, alongside warm clothes, toys and toiletries.

The donation of vouchers for family hampers are also welcome.

Cllr Richardson stressed that anything left over after Christmas day will be brought into Brother Kevin in the Cappuchin Day Centre, with items also distributed among local projects.

To support the day email ahelpinghanddublin@gmail.com or drop into Kids Zone in the Whitestown Business Park.