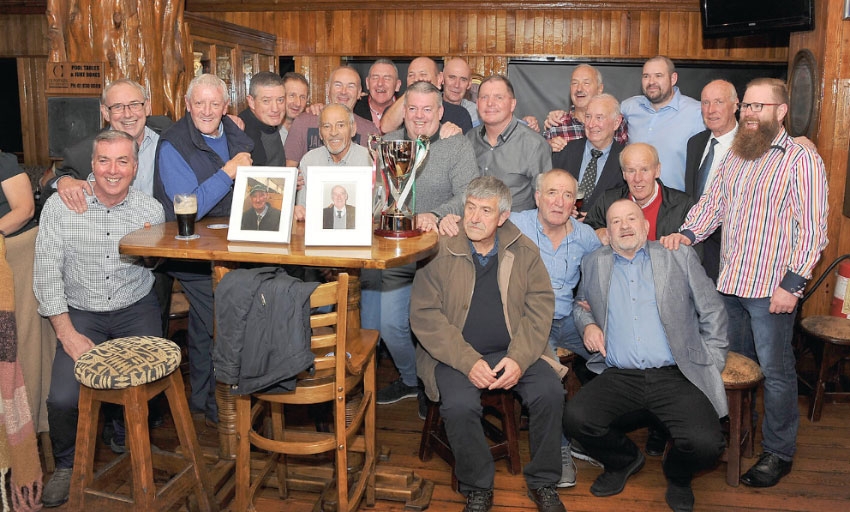 CIE Ranch founder Michael was involved with football all his life

TRIBUTES were paid to the family of CIE Ranch FC co-founder Michael Gaff, who passed away in September, reports Maurice Garvey.

Mr Gaff (83), from Ballyfermot, was a former League of Ireland footballer, who set up Ranch United with John Merriman.

Michael enjoyed many years in the amateur leagues with Transport, and the now defunct Ballyfermot club Stars Athletic.

“He was involved with football all his life,” said Mr Hope.

“When he left Stars Athletic, himself and John Merriman set up Ranch Utd. They needed a private ground to play in the Leinster Senior League, and ended up in the CIE works in Inchicore.

“So they put the name CIE Ranch as the club. He loved CIE ranch and St Patrick’s Athletic. He was a former secretary at the club, our kitman, gave me a hand with the over 35’s team, and was there every Saturday.”

Michael passed away on September 3 after suffering a fall at his Rossmore home.

CIE Ranch members hosted a special event at Ruby Finnegans on Saturday, to present a trophy to the Gaff family.

Dave continued: “We had a lot of players from 40 years ago, raised a few bob for the family, and presented them with a cup in honour of Michael.

“Michael’s wife Kathleen passed away in 2011, and everyday, he went to her grave in Palmerstown to pray. He was everyone’s friend and will be well missed.”

A message on RIP.ie said Michael was husband of the late Kathleen, loving dad of Mary, William and Kenneth and missed by his extended family and friends.