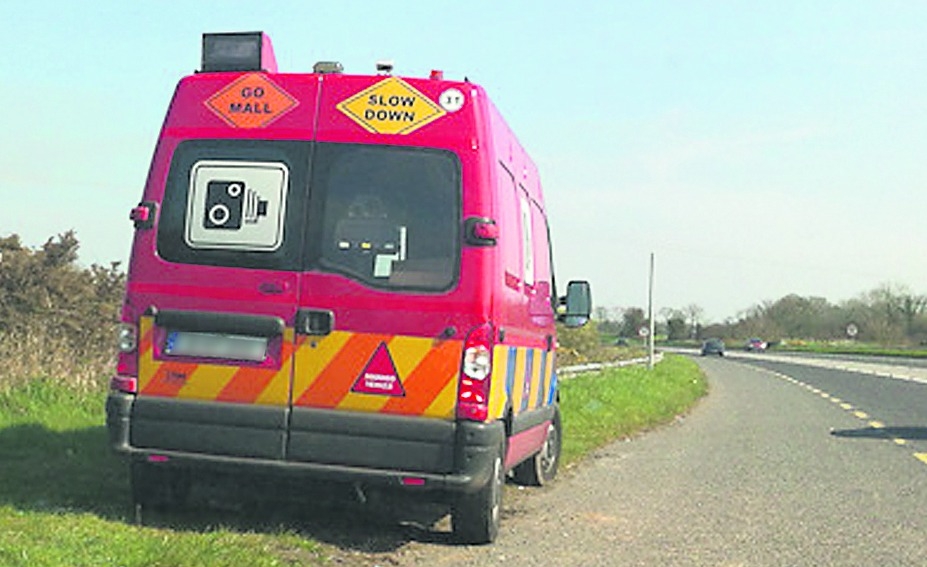 Dreaded speedtrap on N4 is set to be removed

THE DREADED speedtrap on the N4 eastbound between the Deadman’s Inn and the M50 will be gone by February. For many years local motorists and those driving from the midlands and the West were snared at this location by a speed van.

A fine of €80 might have hurt but three penalty points on your licence hurts even more.

On Wednesday (January 4) Councillors from Lucan met with engineers from South Dublin County Council to discuss new speed limits in the area.

The 60kph limit on the N4 eastbound at Liffey Valley between the Deadman’s Inn and the M50 was also discussed.

Following the meeting Councillor William Lavelle spoke to The Echo and he had some good news for Lucan motorists.

Cllr Lavelle said: “While much of the focus of the meeting has been on proposed 30kph slow zones for residential estates, I am happy to report that agreement has been reached to eliminate the ridiculous 60kph zone on the N4 eastbound at Liffey Valley between the Deadman’s and the M50.

“I know many Lucan drivers who were hit with fines and penalty points at this spot! The limit in this area will be 80kph until it reduces at the M50 interchange. The changes are due to be formally adopted at the February Council meeting.”

Last year, Conor Faughnan of the AA made a submission to SDCC’s Transport SPC “Requesting to increase the limit on the N4 in vicinity of the Deadman’s Inn to 100kph.”

Cllr Lavelle told The Echo: “As Chair of the Transport SPC, I had invited Conor to address our Committee last year where he also addressed the issue of inconsistent speed limits on the N4”.