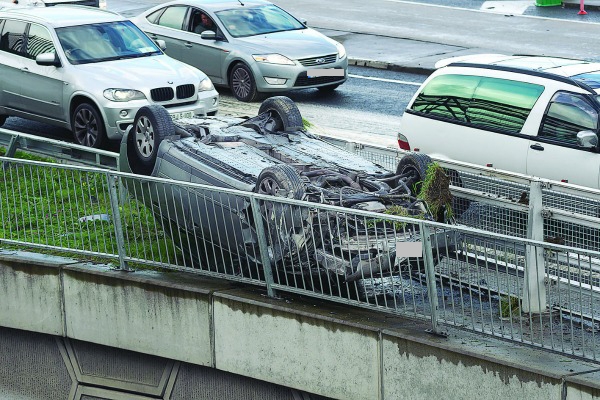 There was a lucky escape this morning for two occupants of a car that crashed on the Naas Road at around 6:40 am.

As pictures show, the car travelling towards Dublin at the Red Cow interchange flipped onto its roof.

Luckily railings stopped the vehicle from falling onto the underpass below.

The road was closed for some time which caused major delays in the area.

Gardai confirmed to the Echo that the two occupants were out of the car when emergency services arrived and were taken to the hospital as a precaution.

The cause of the accident is believed to be due to poor driving conditions caused by the bad weather.