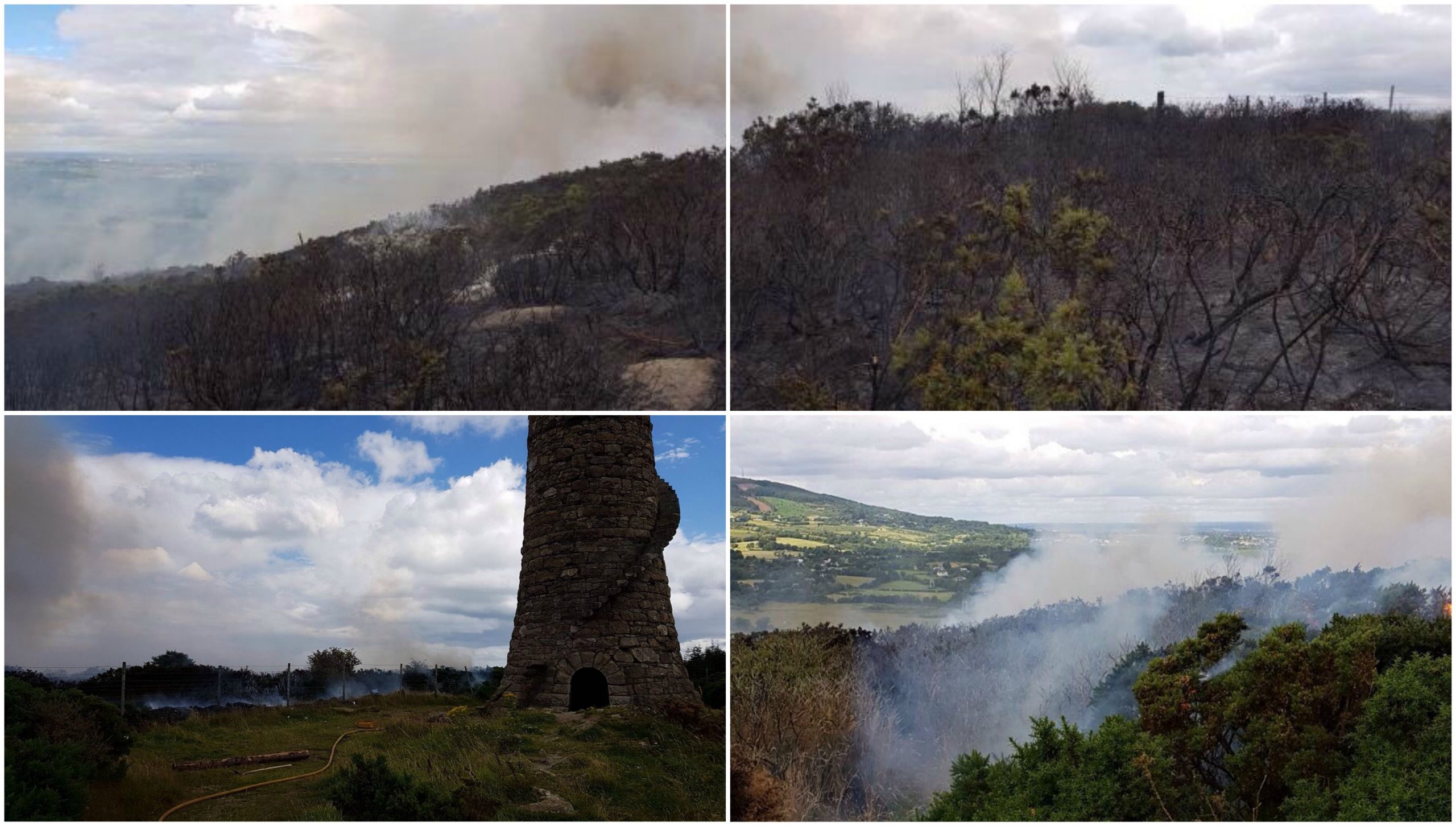 The blaze covering a huge area near the Ballycorus Lead Mines has been ongoing for some time.

Dun Laoghaire have been fighting gorse fires this morning around the Lead Mines. A small gorse fire can quickly become a large fire. pic.twitter.com/VvwGXqQOlv

3 units returning to the Lead Mines. Gorse fire is difficult to extinguish due to the size of the area involved. pic: @LaurensVerh pic.twitter.com/JURAzBe8qk

Units will be at scene for some time at the gorse fire at the Lead Mines. Water tanker required to supplement supplies. pic.twitter.com/4hhTkYSKmi

Please don’t light BBQs or camp fires except in designated areas. Report suspicious or anti-social activity to the Gardai. pic.twitter.com/Atgq29Jimo

DFB have said they have three units dealing with the fire as well as water tanker.

The emergency service have warned the public only to light camp fires or BBQs in designated areas.