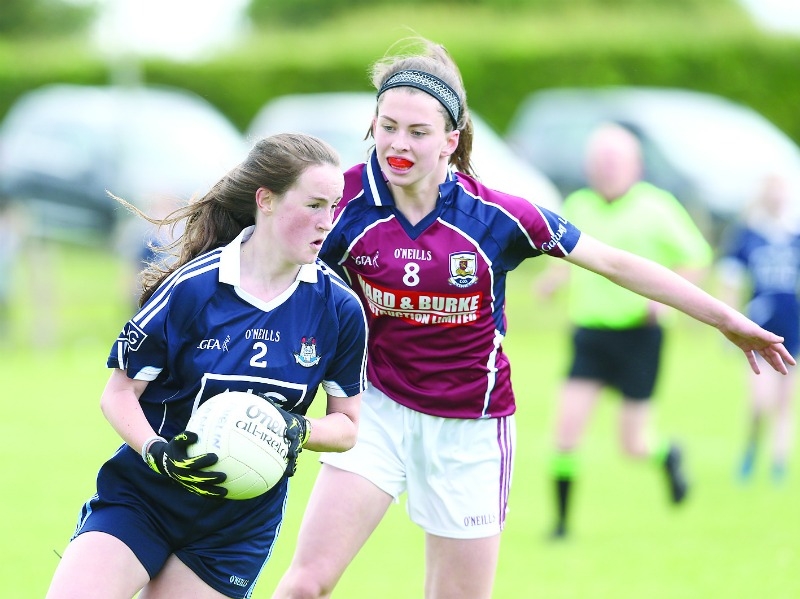 Dublin U14s are stopped in semi-final

DUBLIN’s Under 14 Girls Football team fell a good way short of a place in the All-Ireland Final after they suffered a 3-3 to 6-23 defeat at the hands Galway in the penultimate rounds last weekend.

The Blues found themselves with a lot of ground to make up at the halftime break after goals by Eva Noone and Ellen Power helped the Connacht champions into a 14-point advantage.

Katie O’Sullivan did find the back of the net for Dublin early on, but they still had a lot of ground to make up as Kate Slevin and Verona Crowley maintain a constant supply of points.

Dublin’s defence, which included the hard-working Erin Christie of Ballyboden St Enda’s, were on the backfoot for much of this tie.

And the deficit might have been even larger had it not been for the efforts of Dublin goalkeeper Rugile Auskalnyte.

To their credit, Dublin kept battling away with Aisling O’Neill and Emma Howe rattling the net in the second period, but by then Galway were well on their way to a title match clash with Kerry next month.