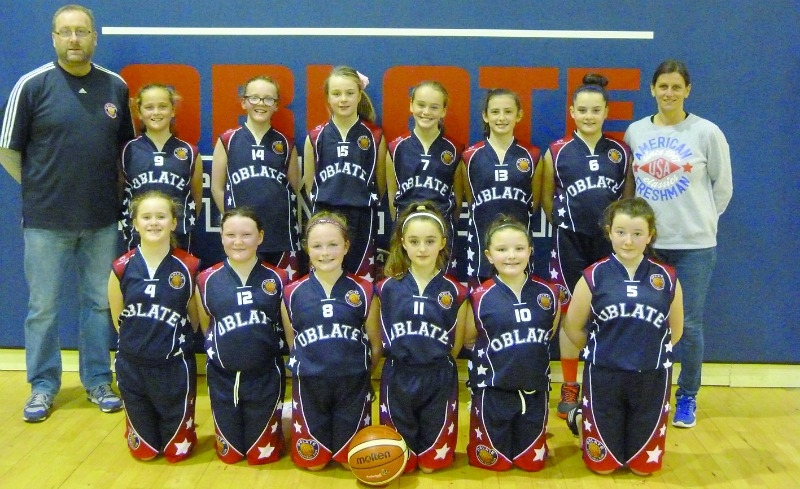 Dynamos Under 12’s chalk up another win

OBLATE Dynamos’ Under 12s Girls extended their winning run on Saturday when they recorded a 35-30 point victory at home to KUBS.

Having lost out heavily to their Dublin rivals in the very first match of the season, Oblate were determined to exact revenge and they managed to do just that after a very tough battle that has now seen them make it five wins in seven league outings.

Delighted with the progress his side has made, Dynamos’ coach Terry Staunton said: “When we started out these players really didn’t have the basics and I was just hoping we might be able to win one or two games and hopefully keep them interested.

“But they’ve come on leaps and bounds and they’re playing really well,” he added.

Next up for them will be a home match against Dublin Lions, whom they beat earlier in the season, along with the likes of Kilcock and Liffey Celtics.

Coach Staunton has also seen his Oblate Under 16 Girls team enjoy a strong run this season with six wins from seven league outings.

The team has also reached the semi-final of the Dublin Cup where they will meet Meteors next month, hoping to set up a decider against either Templeogue or hot favourites Liffey Celtics.