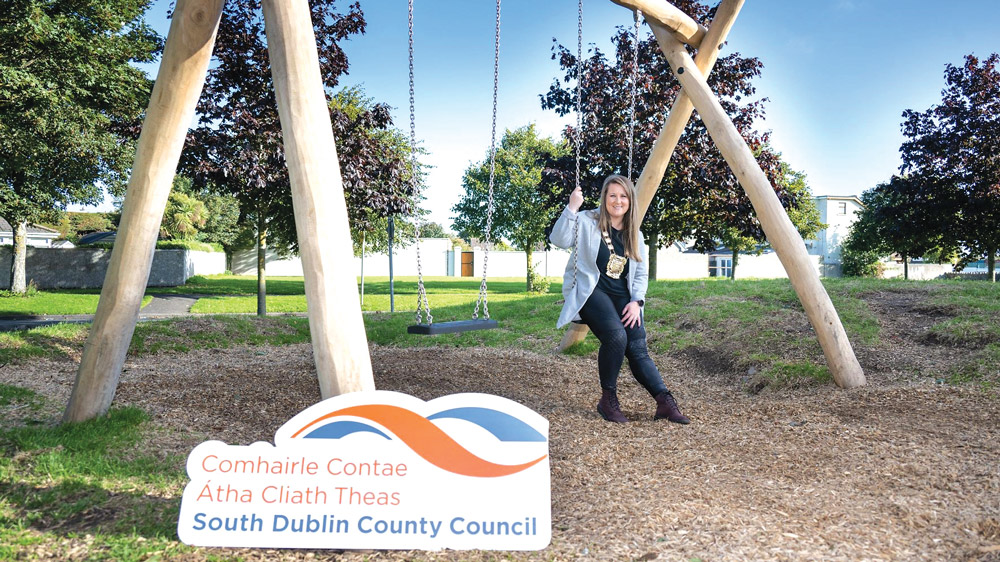 €40,000 upgrade to playspace voted in by local community

A PLAYSPACE which was provided as part of the €300k Have Your Say programme has been launched after attracting over 500 votes from the public.

The playground at Aylesbury Park has received an upgrade, having been allocated €40,000 through the participatory budgeting initiative.

Since 2017, €300k Have Your Say has enabled residents to develop project proposals for their communities, and then vote on shortlisted proposals to select winning projects for funding.

Now, the renovated and extended playspace at Aylesbury Park has officially launched to the public, complete with new natural play areas.

Natural play helps children with their mental and physical wellbeing, allowing them to develop their imagination, assess risk and developing cognitive abilities.

“The extension to this well-used playspace is very welcome, it was provided as part of the 300K Have Your Say programme, which is voted  by the local community,” Mayor Murphy (FF) said. 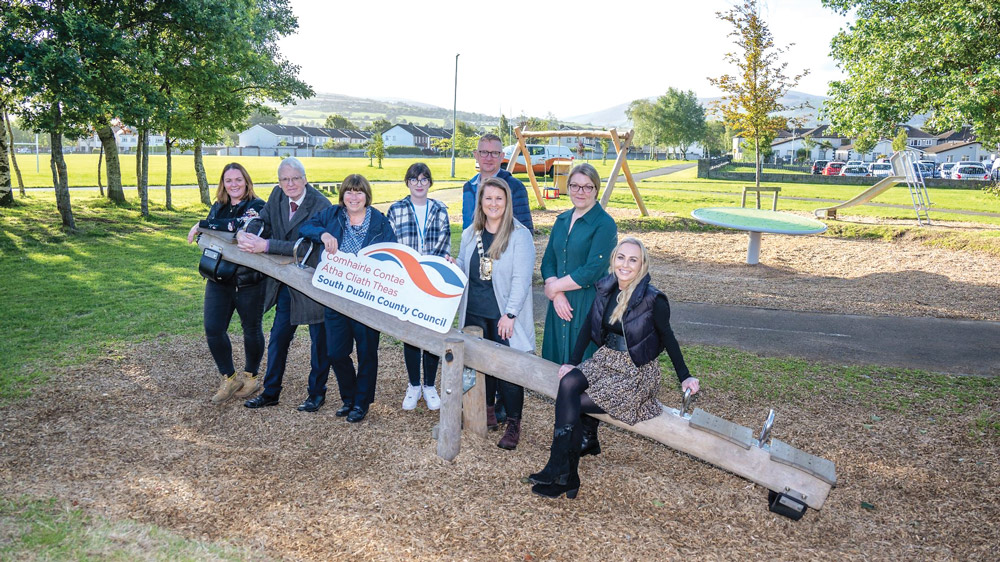 “The ideas for change came from a survey of the existing playspace users and utilises natural play principles, which have been tried and tested during the delivery of the Council’s playspace programme across the county.”

The council adopted a policy in 2006 called Developing Play in South Dublin 2006-2009, but this was not initially implemented “due to the economic downturn and lack of development generally”.

Between 2014 and 2018, the local authority established its playspace programme following the identification of a deficit of playareas for children across the county.

In a council report about why natural play is important, they referenced a study by the National Taskforce on Obesity, which estimates that there are 300,000 children in Ireland who are obese.

Advice from a study conducted by the NHS in the UK advocates for three to four hours of strenuous activity children under five per day, and an hour for children over eight.

According to the council, activity needs to be readily available and easily incorporated into a child’s lifestyle, and with this, creating a greater quantity of play environments was a way to do it.

The next phase of the €300k Have Your Say initiative was launched earlier this year, with the Rathfarnham Templeogue electoral area picked to benefit in the participatory budget.

NEWER POSTNTA accused of an ‘appalling attitude’ to elderly and disabled
OLDER POSTNoise Music at the Big Picture: Behind the scenes…